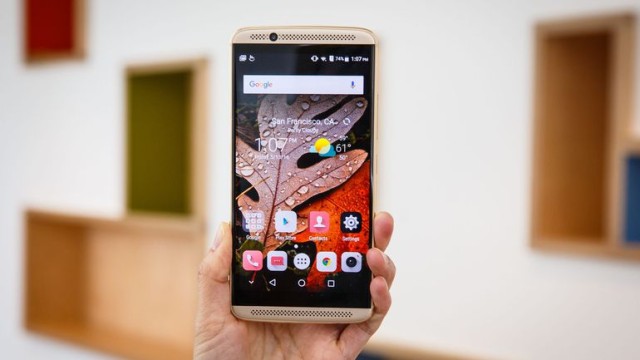 ZTE may not be a very popular brand, but its Axon 7 smartphone is a masterpiece, envied even by rivals. It has a 5.5-inch QHD screen, a Qualcomm MSM8996 Snapdragon 820 chipset with a quad-core processor, 4GB of RAM, a primary camera of 20MP and a secondary camera of 8MP, and it’s powered by a 3250 mAh battery. Plus, it runs on Android 6.0.1 Marshmallow and it’s very affordable, being sold for $400 on Amazon. Sounds almost perfect, but it’s not, because this phablet has a few issues. Thankfully, there are solutions for them.

When The Auto-rotate Doesn’t Work

If applications get stuck in the portrait orientation, these are potential solutions:

– reboot your device to temporary fix the issue. You should set up a Scheduled Power On and Off for a short period and see if you will get rid of the problem.

– some apps are causing the auto-rotate to not work, so find out who’s the culprit by booting the device in Safe Mode, and uninstall it.

– if the problem is related to the accelerometer and G-sensor, you should download GPS & Status Toolbox and fix the sensors.

– If none of the methods we’ve told you above works, you should install a third-party app, such as Rotation Control, as it will allow you to manually switch to landscape mode.

The Axon 7 supports fast charging capabilities, but some users have complained that the battery was charged only 15-20% after one hour, instead of being fully charged. Users who haven’t rooted their devices can install an app called Advanced Battery Calibrator, to re-calibrate the battery. If the problem is with the charger included in the box, you should use a third-party Quick Charge 3.0 charger.

If the scanner doesn’t work fast or it doesn’t recognize fingerprints, the only solution is to head to the Scanner settings and delete the current fingerprint, then reboot the phone and set it up again.

If you’re dealing with WiFi issues, turn the phone and the router off, restart them and try to connect to the wireless network again. Also, you should make sure that the Power saving option is turned off by going to Settings, or forget the WiFi connection and re-enter the details.

Bluetooth issues can be solved by heading to Settings and deleting all prior pairings, then trying again to set them up.