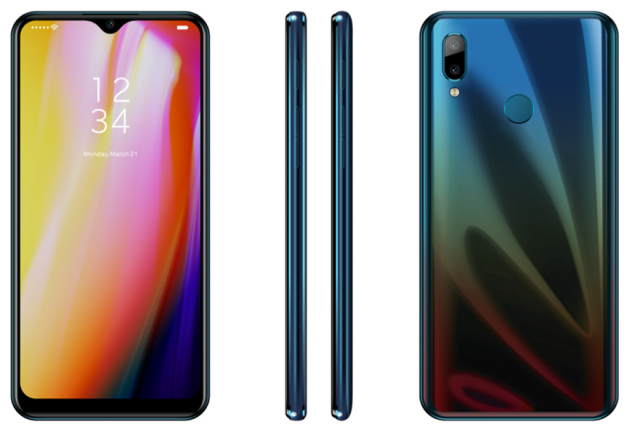 Even though HTC was one of the world’s leading tech companies when it came to smartphones a couple of years ago, things have changed and HTC’s presence in the smartphone industry has dropped. The reason behind this is that HTC’s competitors such as Huawei, Samsung and Apple have kept launching powerful smartphones that made it hard for HTC to keep competing. However, this doesn’t mean that HTC is ready to give up just yet.

A brand-new smartphone from HTC called HTC Wildfire has recently been leaked and today we are going to present everything there is to know about it. The leak contains the official press render for HTC Wildfire and to make things even better, it also reveals the key hardware specs that the smartphone will have to offer on launch day.

As previously noted, the new HTC Wildfire also reveals which are the key hardware specs of the upcoming smartphone. With that said, HTC Wildfire is equipped with a rather massive 6.217-inches display that offers a pixel resolution of 1530 x 720.

The most impressive thing about HTC Wildfire is that the smartphone is powered by a MediaTek Helio P23 CPU. This is a powerful octa-core processor that clocks at 2.3GHz.

As if the processor wasn’t impressive enough, HTC has made sure to pair with 3GB of RAM and 32GB of internal storage space alongside a 3,500 mah battery.