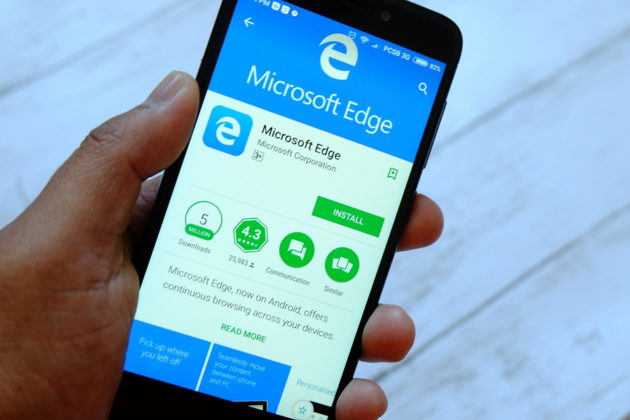 Microsoft’s Edge browser might not be as popular as Google Chrome or Mozilla Firefox, but things are about to change. The reason why we are saying that is because Microsoft is constantly releasing software updates for Edge that introduce improvements and new features that are helping the browser offer a premium user experience. On the other hand, the mobile version of Edge is one of the most popular browsers in the world and this is thanks to the fact that it makes it super simple to surf the web on the go.

From the looks of it, Microsoft wants to make sure that the user base of Edge for smartphones keeps growing and the way that it is doing that is by constantly releasing software updates that are taking the software performances to the next level. In fact, a brand-new update has just started rolling out and today we are going to cover everything there is to know about it.

The first thing that we want to mention about Edge’s latest update is that it is available exclusively for beta users. This means that all Edge users who enjoy using the mobile browser are required to join the official beta program in order to access all the improvements that the new update has to offer. Luckily, Microsoft is allowing everyone who uses an Android-powered smartphone to join the beta program.

The patch notes for the new update are showing us that Edge’s developers didn’t include any exciting features in the new update and that instead, they decided to focus on improving the overall software stability of the app by introducing bug fixes.