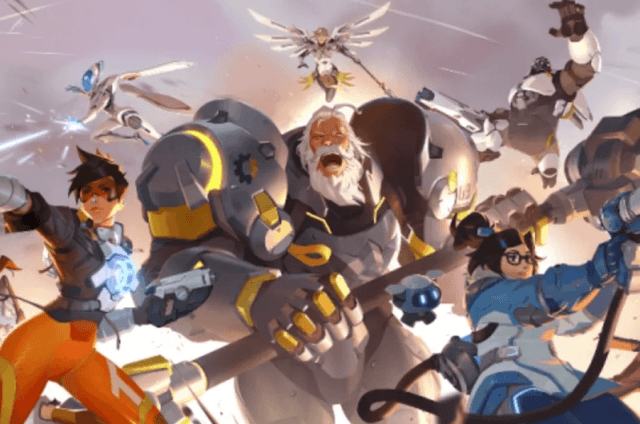 With BlizzCon being just a couple of days ago, the internet is buzzing with leaks of all the exciting news that Blizzard is going to reveal during the event. The biggest leak that surfaced on the web is the picture featured above that is giving us a glimpse of Overwatch 2.

Yes, you read that right. This is not an expansion to Overwatch and instead, it’s another version of the game. If we look closely at the featured picture we are going to see that there is a new hero that Blizzard has yet to reveal.

Echo is the name of the new hero that can be spotted in the leaked Overwatch 2 picture. Echo is going to be the 32nd hero that Blizzard introduces in the Overwatch universe and the interesting thing about him is that this is not the first time that we heard his name.

The first time that Echo has been mentioned in the Overwatch lore-verse was in the early stages of the game and from the looks of it, Blizzard is finally ready to introduce him to the game.

It’s unclear what role Echo will play in Overwatch but if there is one thing that we can be sure about, then it has to be that Echo will be an important character in the development of the Overwatch lore-verse, especially since Echo’s concept art was seen before Overwatch even launched.

Even though we don’t have any confirmation from Blizzard, the biggest leak about Overwatch 2 is that the game will feature a PvE (player-vs-environment) mode where people can get together with their friends and fight against enemies. Not just that, but there will also be a new Push mode. Nonetheless, we are going to find out everything there is to know about Overwatch 2 on Friday.