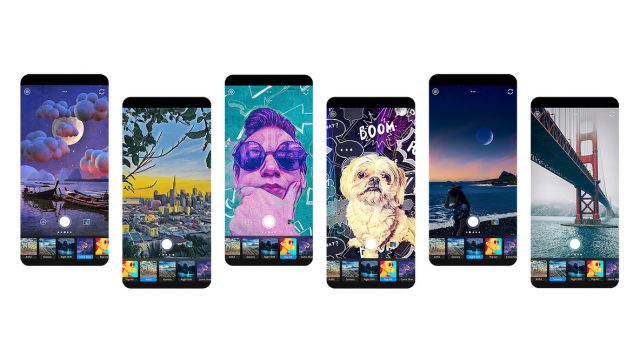 Lots of cool apps were revealed during today’s Adobe Max 2019 keynote presentation but the one that stood out the most is the Photoshop Camera app. This is one of the most highly anticipated apps that Adobe has ever released and this is thanks to the fact that it has the potential to take the powerful camera-setups of Apple, Samsung and Google to the next level.

Even though Adobe might not create smartphones, no one can deny the fact that Adobe’s software and photography technology is the best. Nonetheless, let’s check out everything there is to know about the brand-new Photoshop Camera and the features that it has to offer.

Adobe revealed right from the start of the keynote presentation that the new Photoshop Camera has been specially designed to take photography software magic to the next level while also pushing the limits on camera hardware to the max.

The Photoshop Camera is a mobile app that uses AI (artificial intelligence) technology in order to give users the ability to Photoshop directly their point of capture.

The new app is currently available to download as a preview for Android and iOS devices and according to Adobe, the full version of the app is scheduled to launch in 2020 on all mobile platforms.

Since the app is targeting the social media “audience”, then it should come as no surprise that it will feature a bunch of next-gen lenses and filters that will function similarly to the Snapchat camera.

We also want to mention that Photoshop Camera is already featured background and foreground elements that users can add to make their images pop!

If you like the music that Billie Eilish makes and the special effects that appear in her music videos, then you should be pleased to find out that Adobe has partnered with the singer and already created a bunch of special lenses with her.