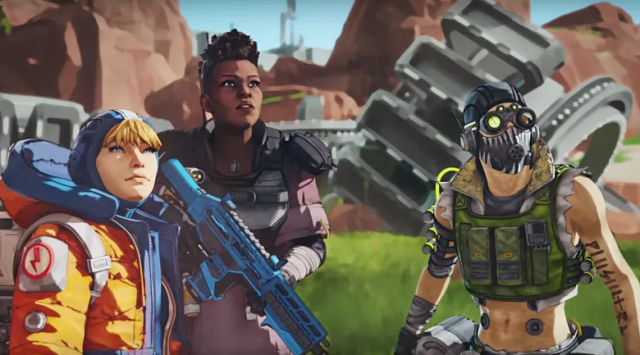 No one believed that there would be another Battle Royale title that could take over from Fortnite and become the biggest online game in the world, but Apex Legends proved everyone wrong. This new Battle Royale from Respawn Entertainment offers a fun gameplay experience that players love and this is why tens of millions of people are playing the game every single day. Since the developers of Apex Legends are aiming to make the new Battle Royale good enough in order to dethrone Fortnite, then it should come as no surprise that they are focusing all their attention on the upcoming Season 2.

The expectations for Season 2 are extremely high for Apex Legends, especially since the first season had its fair share of “hiccups” and disappointments. Now, the developers of Apex Legends wanted to let everyone know that Season 2 is going to bring many changes and they have announced the full size of the upcoming update.

Yesterday (July 1st), Jayfresh who is the community manager for Respawn Entertainment revealed the full size of Season 2 over his personal Twitter account. “We also wanted to give you all a heads up before Season 2 starts tomorrow that the update will be a pretty big download. Below are the estimates for the update you’ll need to download tomorrow for Season 2: X1 and PS4: 20+ GB, PC: 18+ GB”.

From the looks of it, Season 2 is going to be packed with lots of new content that is going to make the gameplay of Apex Legends feel fresh. Otherwise, why would the new update for Apex Legends weigh as much as basically another game?

Nonetheless, we area advising Apex Legends fans to go ahead and delete some old games or videos in order to make room for Season 2 which is scheduled to start rolling out later today.