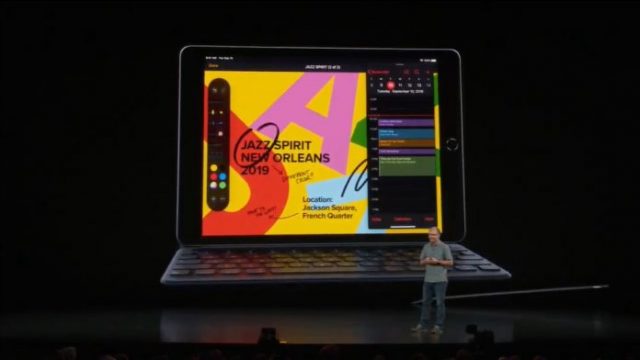 Now that Apple has launched a brand-new iPad, the Cupertino based tech giant has decided to lower the price of the 1TB iPad Pro models. This was first spotted by the folks at MacRumors who are reporting that the pricing of Apple’s 11 and 12.9-inch 1TB iPad Pro models is being reduced by $200 in the United States. With that said, let’s go ahead and check out everything there is know about the new iPad deal that Apple is offering.

Since the new iPad 2019 model has just arrived, Apple wants to make sure that customers still have a reason to buy the older models and this is why the pricing for the 1TB 11-inch iPad Pro is now starting at $1,349 (previously $1,549).

Furthermore, the pricing for the 1TB 12.9-inch iPad Pro starts at $1,549 (previously $1,749). The $200 discount is massive and unfortunately, it’s currently available only in the United States.

Now that Apple has dropped the price of its 1TB iPad Pro models, the question that remains is if it’s still worth buying them? After all, a brand-new iPad was launched yesterday and it features a 10.2-inch display that is equipped with improving brightness and better viewing angle. To make things even better, the new iPad is fueled by the A10 Fusion chip which is known for being able to handle heavy-duty tasks without any problems.

The last thing that we want to note about the new iPad is the fact that Apple is going to bundle it with a Smart Connector. This is great news for Apple fans who are planning to purchase the new iPad because it means that they can use the Smart Connector in order to add a new smart keyboard cover for improved gaming experiences.