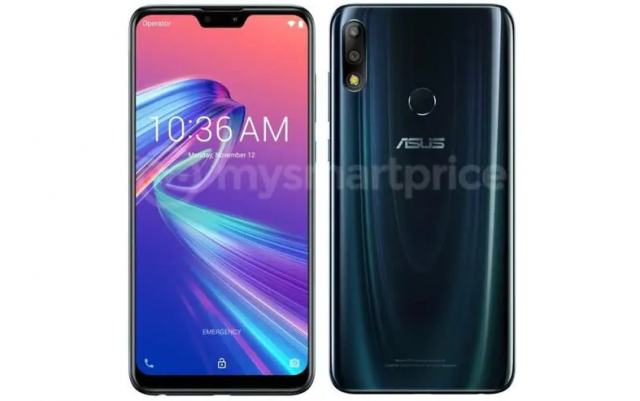 Even though it’s been a long while since Asus launched a smartphone that became a bestselling device, Asus is not willing to give up. Asus is renowned throughout the world for creating some of the best laptops that money can buy and from the looks of it, Asus wants to get the same reputation in the smartphone industry as well.

Rumors have been pointing towards the fact that Asus is working on a new smartphone called ZenFone Max Pro M2 for a while now and luckily ,a brand-new leak reveals the official press render of the device.

The press render shows us that ZenFone Max Pro M2 will feature a full-screen design that is paired with a display-top notch which makes it look similar to Apple’s iPhone XS. Another important thing that we can spot in this press render is that even though ZenFone Max Pro M2 looks just like iPhone XS, it still ships with a fingerprint scanner that is mounted on the rear side.

As everyone already knows, flagship smartphones are becoming more camera centric with every year and ZenFone Max Pro M2 is not an exception to that rule. The upcoming smartphone is going to feature a dual 12MP + 5 MP camera-setup on the back. Furthermore, the selfie camera features 13MP and an aperture of f/2.0.

The press render leak also contained a little bit of information about ZenFone Max Pro M2’s hardware specs and therefore, the upcoming smartphone will be powered by a Snapdragon 660 processor which is fueled by a large 5,000 mAh battery. We should also note that Asus’s next-generation smartphone will ship with a 6.26-inches display that uses FHD technology.

Since the press render of ZenFone Max Pro M2 has leaked on the web, we think it’s safe to say that the Asus is preparing a surprise launch event for the smartphone and that it will take place before 2018 ends.