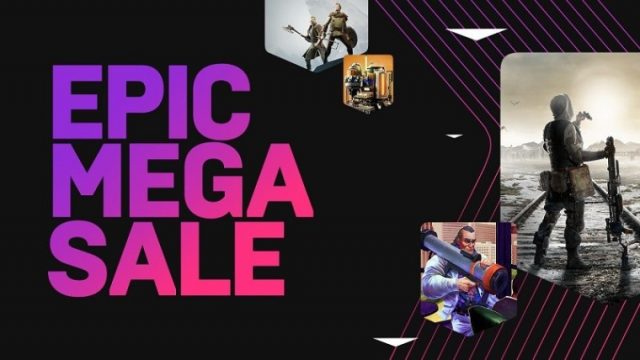 It was only a matter of time before the Epic Store decided to “copy” the Steam summer sale and it has just happened. The Epic Store has announced that gamers can now access a new sale called the “Epic Mega Sale” and it offers massive discounts that go up to 75% on some games. Therefore, today we are going to present everything there is to know about the Epic Mega Sale and show off the best deals that are available there.

As previously noted, Epic is now offering discounts of up to 75% on some games. Not only that, but Epic is also offering a discount of £10 on every game that was previously priced at £13.99 and above. The company announced that the £10 discount comes as a “courtesy of Epic”. Here are some notable discounts that you might want to check out:

As we can clearly see, there are some great deals that gamers can find on the Epic Mega Sale. Even though the gaming community seems to be angry at the Epic Store for trying to replace Steam, we have to admit that the deals which Epic Store is offering are quite great.

Not just that, but Epic Store is also giving Steam “someone” to compete with and this good for gamers since Steam will need to offer better discounts if it wants to keep gamers coming back for more.