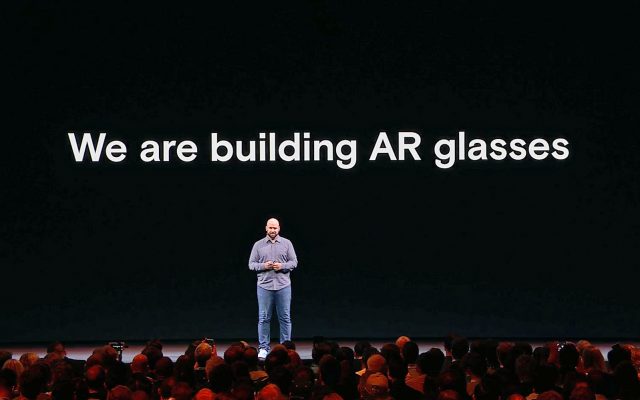 WE reported earlier this week that Facebook has spent almost one billion dollars purchasing a new startup company called CTRL-Labs in order to help create a highly innovative wristband that can read people’s minds. Well, it looks like this is not the only project that Facebook is working on.

The social media giant confirmed on Wednesday that it has started developing the much-anticipated AR (augmented reality) glasses and that they should be available for purchase during the upcoming years. In addition, the AR glasses will ship with a new feature called “Live Maps” that is going to offer 3D maps of the world.

A video of Live Maps was even shown at the recent Oculus Connect developer conference and it showed the new feature depicts “multi-layer representations of the world” through holographic avatars that people can use in order to hang out with their friends who live on the other side of the world. Live Maps is going to work through traditional maps, crowdsourced data and footage captured via AR glasses and smartphones.

Facebook’s ambitions for the new AR glasses are high and there is no doubt about that. The new technology is not only innovative, but it’s also exciting because the possibilities of what people can do with AR glasses that come with amazing features such as Live Maps are endless. On the downside of things, Andrew “Boz” Bosworth said that there is no timetable on the availability of Live Maps.