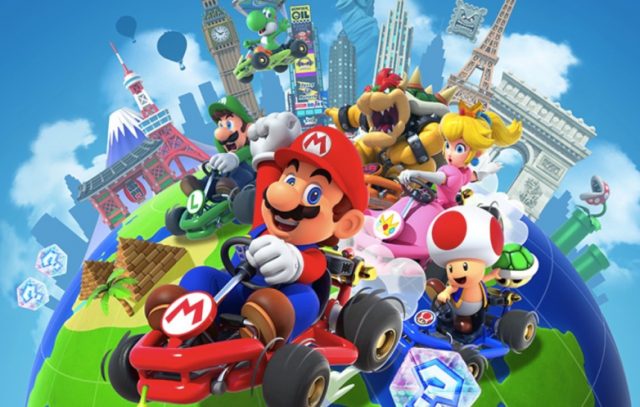 We reported yesterday that Nintendo has finally launched Mario Kart Tour for mobile platforms (iOS and Android) and the reason why Nintendo is making headlines on our website once again is because the launch of Mario Kart Tour on iOS has been super successful. According to a new report from the folks at Sensor Tower, Mario Kart Tour has already reached the number one spot on the free App Store charts in 58 markets. To make things even more impressive, the markets include the United States and Japan.

Many people had doubts if Mario Kart Tour was going to be successful on iOS because Apple has recently launched its new subscription service called Apple Arcade. However, it looks like Nintendo’s new Mario Kart Tour has managed to surpass all expectations and then some. Mario Kart Tour has peaked at number 19 on the “top grossing” App Store charts in the United States. This is even better than Dr. Mario World’s release on iOS which was ranked on the 503 spot.

Even though Mario Kart Tour is doing great right now, this doesn’t mean that there isn’t any controversy.  Many iOS fans are complaining about Mario Kart Tour’s “freemium pricing”. What this means is that the service charges $4.99 monthly to unlock badges from Gold Challenges and Gold Gifts for tour races. Not just that, but paying the $4.99 monthly subscription is also unlocking the much faster 200cc races.

iOS and Nintendo fans are upset that the fastest race setting in Mario Kart Tour is locked beyond a paywall. Some publications are even saying that Nintendo is “out of touch with reality” for using this paywall because other gaming subscriptions such as Apple Arcade are not.