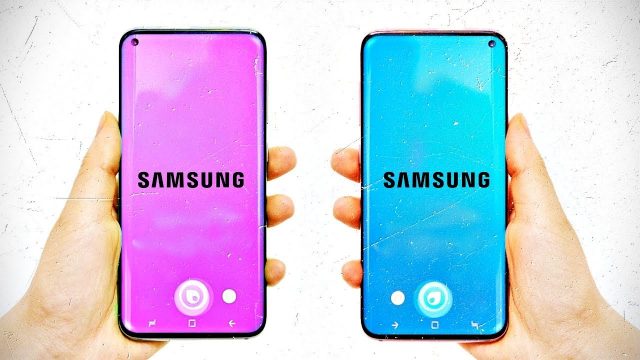 With that being said, the reason why Galaxy S10 is making headlines today is because XDA Developers have discovered new data strings which reveal that Galaxy S10 is going to borrow a feature that can be found on Apple’s latest iPhones.

The previously mentioned data string discovered by XDA Developers confirms that Galaxy S10 will feature “Time of Flight cameras”. This is a technology that Apple installed on its latest iPhones and it helps with 3D mapping. Not just that, but Time of Flight cameras are also used to differentiate between 2D photos and a 3D face.

On the downside of things, Samsung has yet to confirm this feature. Samsung keeps advertising the fact that Galaxy S10 will feature an in-display fingerprint scanner and therefore, no one thought that Samsung is interested in creating a feature that works similarly as Face ID.

Even though Samsung has yet to announce the new facial recognition feature for Galaxy S10, we think it’s safe to say that this feature is going to arrive in 2019. The reason we are so confident is that all other flagship smartphones will ship with a similar feature and Samsung is not one to be left behind.