Google has always treated Android users from Europe a little bit different than the rest of the world. The reason behind this is that Google has received record fines from the European Union and the Fair Trade Committee which deemed that the Android parent was acting as a monopoly and it didn’t give any chance to other software developers to even compete.

Well, it seems like the fines have made it clear that Google needs to change its ways and the Android parent will now present a different browser ballot that Europeans can pick from.

In order to comply with the request by the European Union, Android powered smartphones will now feature two different screens when the smartphone is powered for the first time. These screens feature multiple browsers and services that Android users can pick from.

This is a step in the right direction because previously, Google would simply pre-install its apps such as Google Chrome on all Android powered smartphones. 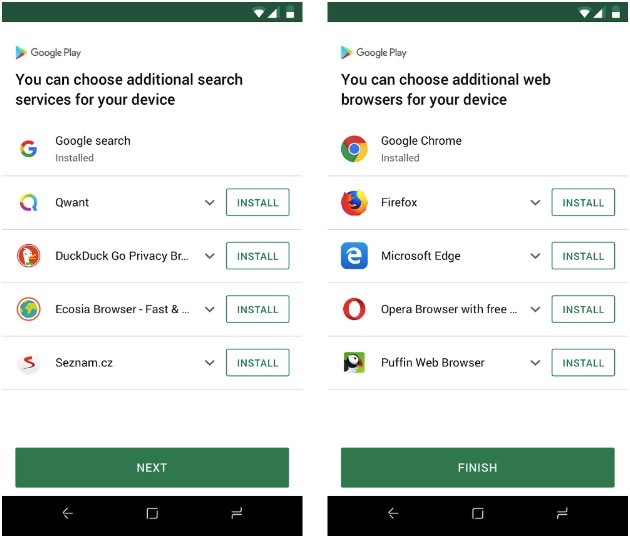 “These new screens will be displayed the first time a user opens Google Play after receiving an upcoming update. Two screens will surface: one for search apps and another for browsers, each containing a total of five apps, including any that are already installed. Apps that are not already installed on the device will be included based on their popularity and shown in a random order,” said Google in a recent blog post.

The new ballot screens for picking apps might not be such a major change to the Android operating system, but as previously mentioned, it’s a step in the right direction. Let’s hope that Google starts presenting the same options to Android users internationally and that it stops pre-installing certain services and apps.