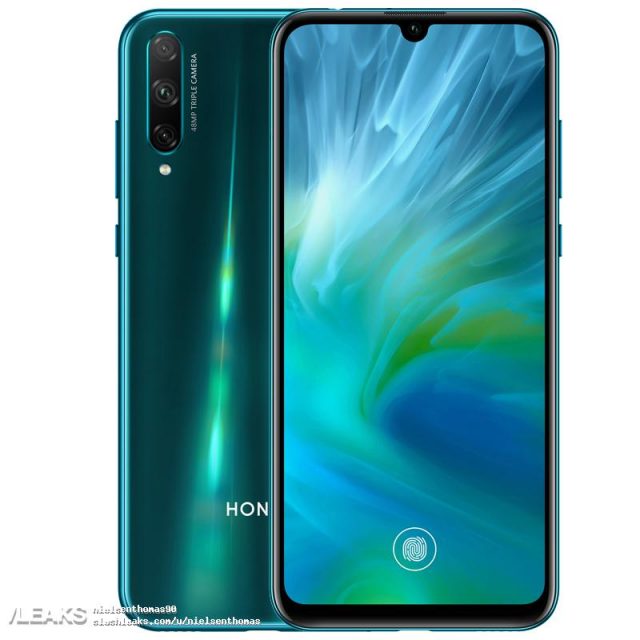 Huawei is keeping busy and there is no doubt about that! Even though the Chinese based tech giant has yet to make any official announcements about its upcoming Honor 20 Lite, we got lucky and the smartphone’s official press render has been leaked. To make things even better, the new leak also comes accompanied by the full-specs sheet of Honor 20 Lite. With that said, today we are going to check out everything there is to know about the new Honor 20 Lite

The leaked press render is showing us that Honor 20 Lite is equipped with a full-screen display that features rounded corners and a “water-drop” top-notch. Moreover, the press render is highlighting the fact that Honor 20 Lite is going to ship with a triple camera setup that is mounted on the rear side and also that the smartphone is equipped with an in-display fingerprint scanner.

Thanks to the leak, we know that Honor 20 Lite’s full-screen display measures in at 6.59-inches. The display uses Full HD+ technology and it offers a pixel resolution of 2340 x 1080. Furthermore, the smartphone is equipped with a 16MP selfie camera and a 48MP + 8MP + 2MP triple camera-setup that can be spotted on the rear side.

Honor 20 Lite is going to be powered by the Kirin 810 SoC and as if this wasn’t impressive enough, Huawei has made sure to pair the SoC with 8GB of RAM and 256GB of internal storage space which can probably be expanded via microSD card.

Another great feature that the leaked specs-sheet is showing us is that Honor 20 Lite is fueled by a 4,000 mAh battery which can last for days on end. Not just that, but the battery also features 20W fast charging.