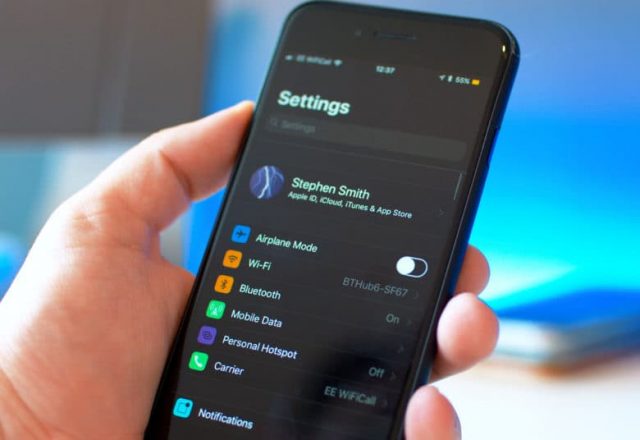 iOS 13 is the biggest and most important operating system update that Apple will release this year and the folks at 9to5mac have been told by their sources that the new update will introduce lots of cool features. With that said, today we are going to take a closer look at the features that iOS 13 is expected to introduced so that all iPad and iPhone fans can get a good idea of what’s coming their way on January 3rd when Apple is scheduled to release iOS 13.

The first iOS 13 feature that we want to talk about is the much-anticipated Dark Mode. All popular apps started introducing the Dark Mode with YouTube and Facebook Messenger leading the way.

This mode extends the battery life of smartphones while also making the UI looker cooler and lower the damage that the brightness does to the user’s eyes.

Therefore, it shouldn’t come as a surprise that Apple fans have been asking for this mode for a long time and luckily, Apple has finally listened because a system-wide Dark Mode is coming in iOS 13.

iOS 13 is also going to make it much easier for users to multitask with the introduction of multiple windows. These windows are making it possible for iPad and iPhone users to open multiple apps at the same time, thus enhancing the multitasking abilities of iPads and iPhones.

The last iOS 13 feature that we want to cover is the improved mail service. However, we need to mention that iOS 13 is going to ship with many more features, but they have yet to be announced.

Nonetheless, the native iOS mail app will provide iPad and iPhone users with more options that enable them to organize their entire emails at the touch of a fingertip.