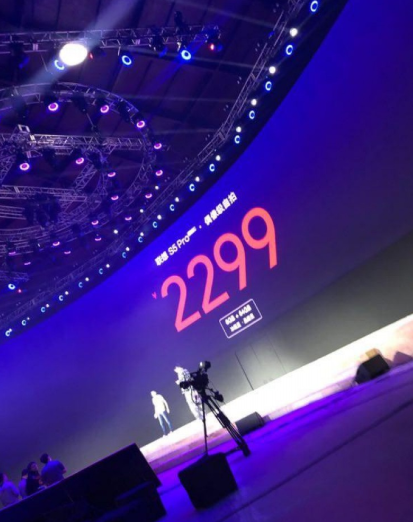 Are you looking for an affordable smartphone that can deliver powerful hardware performances, but there’s nothing that you like available on the market right now? Well, when you should be pleased to know that Lenovo is planning to launch a brand-new smartphone during the upcoming weeks and the device’s official price has been leaked. The smartphone is called Lenovo S5 Pro and the internet is buzzing with rumors and speculations about it.

From the looks of it, Lenovo is getting ready to shoot a commercial for Lenovo S5 Pro and someone from the set took a photo of the smartphone’s price. Lenovo has priced Lenovo S5 Pro at Rs. 2299 which converts to $332.

This price tag is quite affordable, especially when considering the type of high-level specs and features that Lenovo S5 Pro will have to offer. Talking about the smartphone’s performances, let’s check out everything that we know about it.

According to numerous leaks, Lenovo S5 Pro will be the world’s first smartphone to feature a double-selfie camera. Lenovo knows that people love to take selfies and the double-camera setup will help people take better looking selfies than most other smartphones. This feature is surely going to give Lenovo S5 Pro an edge over its competition.

This might come as no surprise since Lenovo is already shooting the commercial for Lenovo S5 Pro, but the smartphone is scheduled to be revealed today. Therefore, Lenovo S5 Pro will hit the market during the upcoming weeks.

Lenovo S5 Pro will ship with a 5.7-inches display that uses LCD technology. The display offers an aspect ratio of 18:9 and it will be powered by a Qualcomm Snapdragon processor. We don’t know yet how much RAM and internal storage space Lenovo S5 Pro will have to offer, but this information will be announced later during the official reveal event.