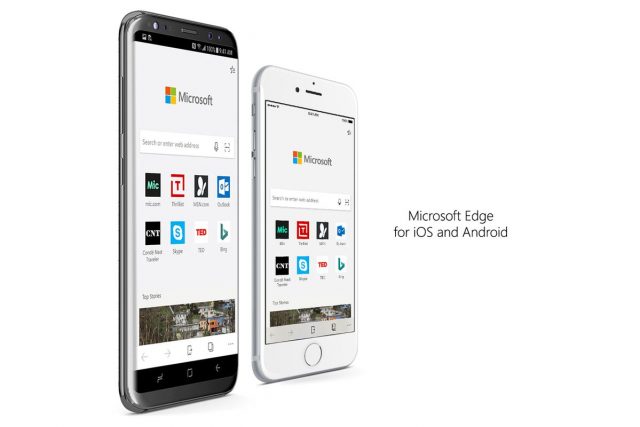 Finding the right mobile browser is not a simple task since there are so many options that you can pick from starting with Google Chrome and ending with Opera. This is why we are advising everyone to try them all out for a couple of days and find out which one they like most.

For example, the popularity of Microsoft Edge for Android has skyrocketed during this past couple of months and this is all thanks to the constant stream of updates that the mobile browser has been receiving from Microsoft’s developers.

Even though the desktop version of Edge may not be that popular, there is an entirely different story on the Android side of things. Microsoft Edge provides users with access to lots of useful features and this is why the mobile browser is used by millions of people every day. With that said, let’s go ahead and check out everything there is to know about the browser’s latest update that was released earlier this morning.

The first thing that we want to mention about Microsoft Edge’s latest update is that even though it is being rolled out via OTA (over the air) channels, the only Microsoft Edge users who can download it right now are those who are enrolled in the beta program.

On the bright side of things, Microsoft Edge’s developers are allowing everyone to join the beta program and access all the latest updates ahead of everyone else. In addition, the update is changing Microsoft Edge’s build number to 42.0.22.4508 beta.

The new update doesn’t come with Microsoft Edge. However, this doesn’t mean that it is not a high-priority release, quite the opposite. The new update introduces a bundle of bug fixes that are taking the performances of Microsoft Edge to the next level.