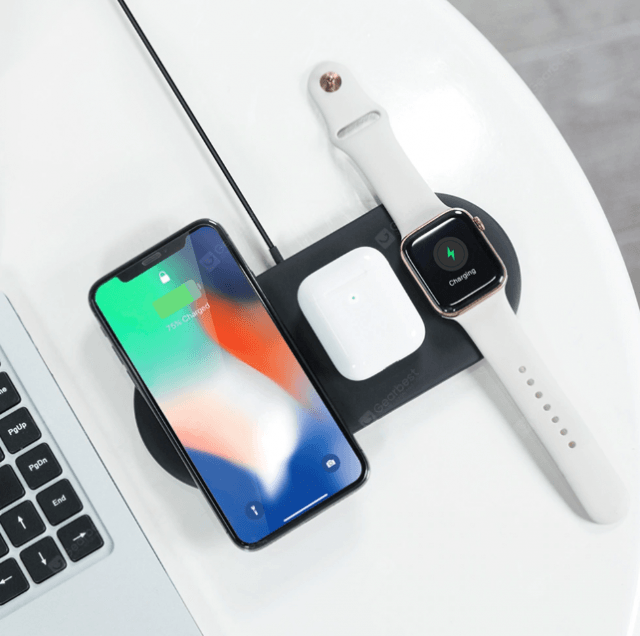 One of the reasons why Apple’s iPhones are so popular is because Apple has never been afraid to innovate. The Cupertino based tech giant is usually the one to try out major changes in design with the removal of the headphone jack being the perfect example of that.

What’s interesting is that all other tech manufacturers have no other option than to follow in Apple’s footsteps and to also make the same major design changes if they want to keep up with the industry. Now, Apple is looking to make its biggest change to iPhones yet.

If you thought that Apple’s decision to remove the classic headphone jack was a controversial change, then you should know that Apple is now interested to ditch the charging port on iPhones.

The reason why the Cupertino based tech giant desires to do this is that it wants to make the next-generation iPhone completely wireless. Therefore, iPhone fans will have to rely on their wireless charger.

We want to mention that the information was confirmed by none other than Ming-Chi Kuo. For those who are unfamiliar with this name, Ming-Chi Kuo is an analyst for TF International Securities and he specializes in predicting Apple’s every move.

The analyst has a stellar track record of predicting upcoming Apple devices and major design changes, and therefore, the removal of the charging port might prove to be true.

Ming-Chi Kuo also revealed in his latest report that Apple wants to introduce a brand-new iPhone SE in 2020 that will feature an affordable price tag. On the downside of things, the analyst is reporting that the upcoming iPhone SE 2020 will not feature ToF (time of flight) camera technology which makes Face ID possible.