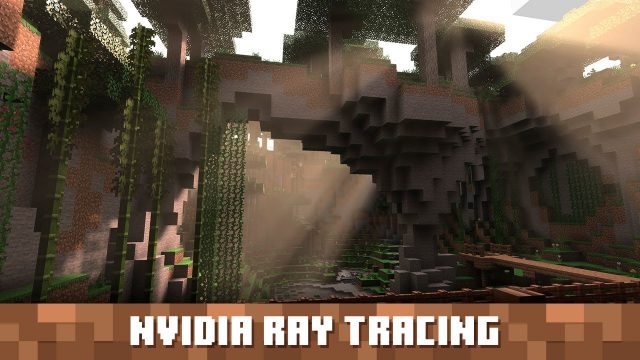 Even though Minecraft is not a next-generation game, the folks who are in charge of Minecraft have decided to launch a special edition of the game that features next-generation graphics. Microsoft has announced earlier today that Minecraft with RTX will be available for Windows 10. This is great news for Minecraft fans who own powerful PCs because the game looks simply stunning.

For those who aren’t familiar with the term RTX, they should know that it stands for “real-time ray-tracing”. The new RTX is going to be released by Microsoft in a free update for the Windows 10 version of the game.

In addition, the update is scheduled to launch somewhere within the next year but we don’t know the official date yet, according to a Microsoft representative.

We have linked the trailer for Minecraft with RTX enabled down below so that everyone can check out the amazing looking graphics. The addition of RTX is not only refreshing the look of Minecraft, but it’s also making the game feel more alive since the light will reflect from every surface and for example, gold blocks will no longer be a simple yellow block and instead, they will actually look like solid gold.

“RTX is one of the key innovations that we think it’s next for Minecraft,” said Saxs Persson who is the franchise creative director of Minecraft at Microsoft. “GeForce RTX gives the Minecraft world a brand-new feel to it. In normal Minecraft, a block of gold just appears yellow, but with ray tracing turned on, you really get to see the spectacular highlight, you get to see the reflection, you can even see a mob reflected on it,” added Saxs Persson.