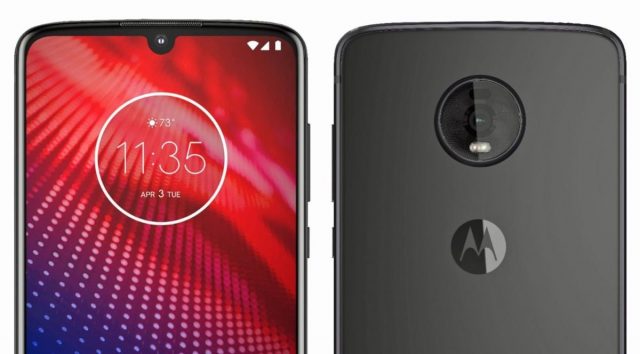 Even though Motorola has yet to make any official statements about its next installment in the Z series lineup, a brand-new leak that comes from the Twitter account of Evan Blass is showing us that the next-generation smartphone that Motorola is getting ready to launch during the upcoming future is none other than Moto Z4.

With that said, today we are going to take a look at the recently leaked press render of Moto Z4 and check out every spec that we can spot out. Not just that, but we are also going to take a closer look at previously leaked information about Moto Z4 so that we can paint a better picture of what kind of performances the upcoming smartphone will have to offer.

We got lucky and Moto Z4’s highlight specs got leaked a couple of weeks ago. Therefore, we know that the upcoming smartphone will be equipped with a 48MP rear-camera that utilizes Motorola’s new Quad Pixel technology which delivers a higher photo quality than even Google’s Pixel Night Sight. To top it all off, the front camera will feature 25MP and a special Group Selfie Mode.

If the camera specs are not too impressive for you, then you should know that the smartphone is going to be powered by Qualcomm’s Snapdragon 675 CPU which is paired with a 3,600 mAh battery. The last thing that we want to note about Moto Z4 is that according to previous leaks, the smartphone will ship with an in-display fingerprint scanner.