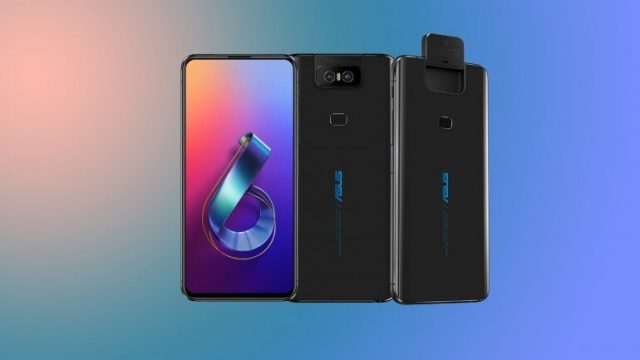 Even though it’s been a long while Asus launched a smartphone that had the potential to “steal” the spotlight from the likes of Apple’s latest iPhones, this doesn’t mean that Asus is ready to give up any time soon. In fact, a brand-new leak surfaced on the web today and it shows us that Asus is getting ready to launch a new flagship smartphone called ZenFone 6. This is quite a special smartphone and it will ship with a unique flip camera and a powerful Snapdragon 855 CPU.

The picture that we can see featured above has been leaked today and it shows us ZenFone 6 in all its glory. As we can notice from the leaked picture, ZenFone 6 is going to feature a rather interesting design that is equipped with a flip camera. This is quite innovative and we have to give praise to Asus for being willing to risk making a major design change in order to innovate.

Fortunately for us and other Asus fans, the ZenFone 6 leak doesn’t just show us what the smartphone is going to look like, it also reveals the key hardware specs that ZenFone 6 will have to offer on launch day.

Therefore, ZenFone 6 will be powered by Qualcomm’s octa-core Snapdragon 855. This is the most powerful CPU available on the market and it will make sure that ZenFone 6 can run all type of heavy duty tasks, including multitasking.

Moreover, the smartphone will be equipped with 12GB of RAM and 256GB of internal storage space. To make things even more impressive, ZenFone 6 is going to be able to last for days on end thanks to its massive 3,000 mAh battery that hides beneath its hood.