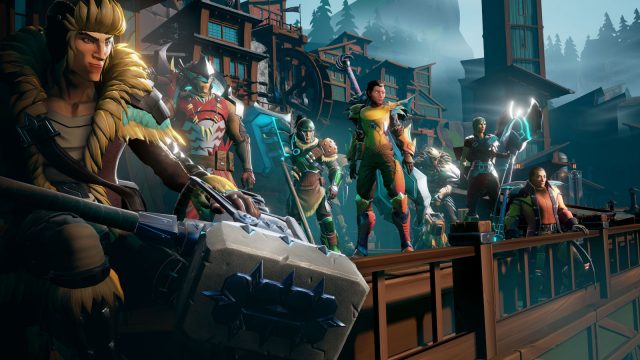 It’s been less than one week since Dauntless launched and the game has already hit the massive milestone of having five million players. The game is available to download for free on PlayStation 4, Xbox One and PC via the Epic Games Store. What’s great about Dauntless is the fact that this game features cross-play which means that people will be able to play with all their friends, even though they might enjoy gaming on a different platform.

Dauntless is a free-to-play online monster hunter game that from the looks of it, is going to be the “next big thing”. The game has more than five million active players and the impressive thing about hitting this massive milestone is that Dauntless launched on May 21st.

The game is giving players the chance to team up with their friends or strangers and start tacking down Behemoths and take them down. The monsters in Dauntless are of different types of elements and players will need to come up with unique strategies in order to defeat them.

Not just that, but players are also required to equip the right pieces of armor in order to defeat monsters. For example, a fire monster will do more damage to a player who is wearing frost armor.

“More than FIVE MILLION players have answered the call and become Slayers. The Behemoth threat isn’t slowing down and neither are we,” said Pheonix Labs over Twitter. Even though the game developer was expecting Dauntless to be a success, it didn’t imagine that it will hit five million players in less than a week. This is why Pheonix Labs had to roll out a new update that introduced the following features: increased capacity and reduced que size.