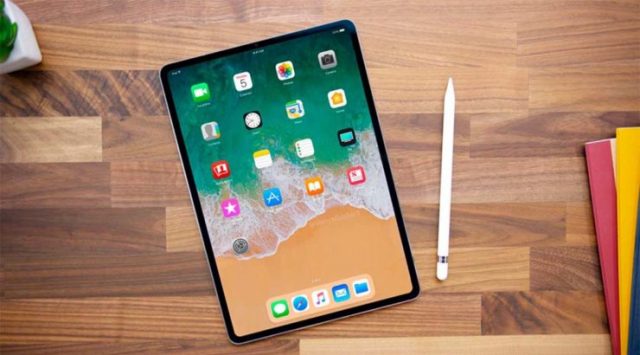 This past couple of months have been amazing for Apple fans. The Cupertino based tech giant has revealed a bunch of new devices and from the looks of it, Apple is far from over. Rumors and leaks have shown that Apple is planning to launch a brand-new iPad Pro during the upcoming months and everyone is excited about it because Apple is expected to completely redesign the device.

Fortunately for us and other Apple fans, leaks keep popping up on the web and we can get an idea of what Apple’s new device is going to look like. Not just that, but a brand-new leak confirms that iPad Pro will feature a USB-C port.

The first rumors about Apple opting to use a USB-C port on iPad Pro started appearing a couple of months ago when third-party accessory makers were told by Apple that iPad Pro will feature a USB-C connector.

Ming-Chi Kuo is a renowned tech analyst that has a good track record of predicting Apple’s every move and he said that the reason why the new iPad Pro will feature a USB-C connector is because the device will support 4K external displays and this only works via USB-C.

As if these previous leaks weren’t enough to confirm that the next-gen iPad Pro will ship with a USB-C connector, a line of code in the beta version of iOS 12.1 shows that iPad Pro will indeed support 4K displays which means that a USB-C port is necessary for this feature to work.

Since we are talking about the next-gen iPad Pro, we need to mention that Apple is expected to reveal it in its full glory on October 30th. Apple is scheduled to host a special event on that date and we can be sure that the tech giant will reveal something big.