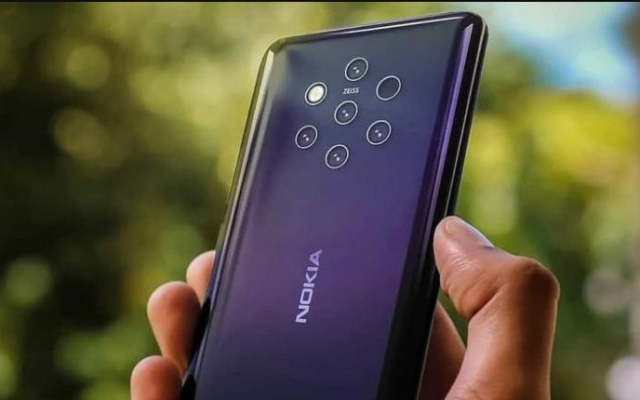 Fortunately for us and other smartphone fans, Nokia 9 PureView has just been spotted on GeekBench. This website serves as a benchmarking platform for smartphone manufacturers who are getting ready to launch new devices and the best thing about GeekBench is that the reports are public. With that said, let’s check out everything there is to know about Nokia 9 PureView. 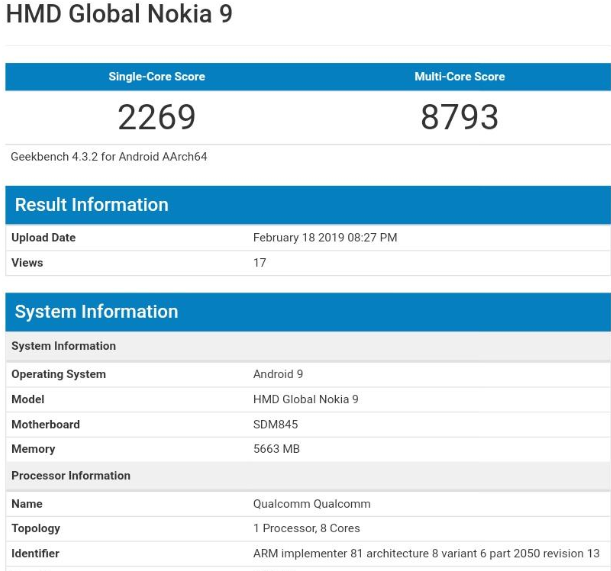 Nokia 9 PureView crushed the multi-core test on GeekBench scoring a whopping 8,793 points. The smartphone also scored an impressive 2,269 points in the single-core test and this is all thanks to the smartphone’s octa-core Snapdragon 845 CPU.

The Snapdragon 845 CPU clocks at 2.8GHz Kyro 385 Gold and it ships alongside an Adreno 630 graphics processing unit. As if this setup wasn’t powerful enough, Nokia 9 PureView’s CPU is also paired to 6GB of RAM and 128GB of internal storage space.

The highly anticipated smartphone was leaked a couple of weeks ago and that is when we found out that Nokia 9 PureView will ship with a five camera-setup. On the downside of things, we don’t have that much information about the five lens that the smartphone has to offer other than the fact that they are produced by Zeiss.

Nonetheless, the five camera-setup shows us that Nokia 9 PureView is going to be a premium smartphone that is also going to feature an expensive price tag.