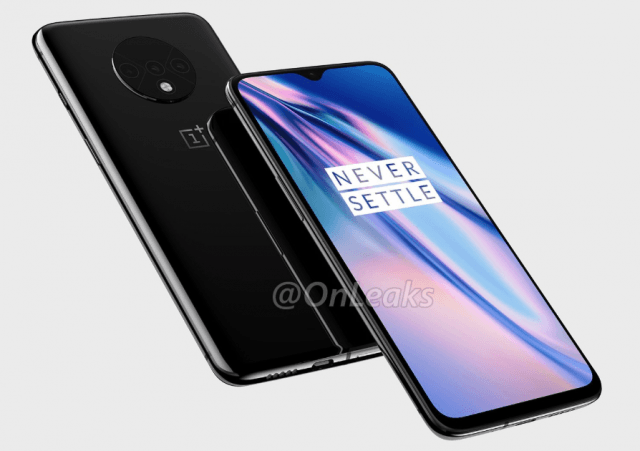 While everyone is talking about Apple’s latest iPhone 11 lineup, OnePlus is adding the finishing touches to its upcoming flagship smartphones that are expected to launch during the upcoming months. Even though OnePlus is doing its best to keep all information about the new smartphones away from the media’s eyes so that it can surprise fans on launch day, we got lucky and the leaksters known as “OneLeaks” on Twitter has managed to get his hands on the full hardware specs sheet for OnePlus 7T and OnePlus 7T Pro.

OnePlus 7T is the next flagship smartphone from OnePlus and the expectations are high from fans. Fortunately, it looks like OnePlus 7T will deliver on all expectations since according to the new leak, it will ship with a 6.55-inches display that uses Fluid AMOLED technology which offers a pixel resolution of 2400 x 1080 and a pixel density of 402 PPI. The display will have a refresh rate of 90GHz. In addition, OnePlus 7T will be equipped with an in-display fingerprint sensor.

OnePlus 7T will be powered by a Snapdragon 855 Plus CPU that is paired with an Adreno 640 GPU and 8GB of RAM alongside 128GB/256GB of internal storage space. Furthermore, the smartphone will feature a triple camera setup. The battery that OnePlus 7T uses is 3,800 mAh.

OnePlus 7T Pro is the more expensive model and it ships with a slightly bigger 6.65-inches display that the same Fluid AMOLED technology and offers a much higher 3,100 x 1,400 pixel resolution. This smartphone is also equipped with an in-display fingerprint scanner and it’s fueled by Qualcomm’s Snapdragon 855 Plus CPU which ships alongside an Adreno 640 GPU and 8GB of RAM.

Furthermore, OnePlus 7T Pro is equipped with 256GB of internal storage space and a triple camera setup that can be found on the rear side. Lastly, OnePlus 7T is fueled by a 4,085 mAh battery.