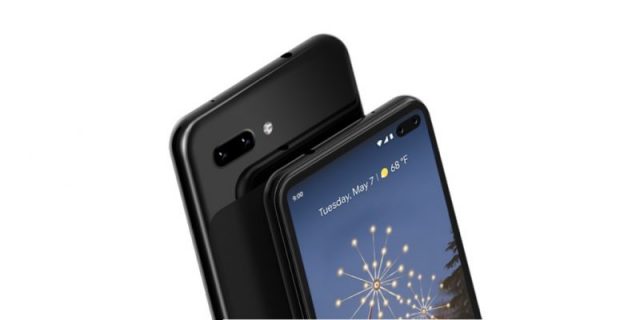 With Google launching Pixel 3a and Pixel 3a XL everyone seems to be forgetting that these are not the only smartphones that the Android parent is planning to launch in 2019. Google is also currently adding the finishing touches to Pixel 4 and we have proof of that. The picture featured above gives us a glimpse of what Pixel 4 is going to look like and it was leaked by Jon Posser’s Front Page Tech YouTube channel.

Taking into consideration the fact that Pixel 4 will hold the title of being Google’s latest flagship smartphone, then it should come as no surprise that Google is equipping Pixel 4 with all the latest technological innovations in the industry such as a punch-hole selfie shooter that can also be seen in Samsung’s latest flagship.

On the downside of things, Pixel 4 is going to ships with a dual-camera setup mounted on the rear side. The reason why this is disheartening is that most smartphone flagships are already equipped with triple-camera setups if not quad-setups.

This might leave Android fans asking for more. However, Google might make up for the lack of a third camera with its highly-optimized software.

Now that we’ve seen how Pixel 4 is going to look like, the question that remains is when will the smartphone launch? Well, we can’t know for sure the exact that when Pixel 4 is going to hit the stores but what we do know is that it will be officially announced during the second week of October. We are certain of that because Google always announces its next-generation Pixel smartphones during that time period.

Uncoincidentally, this is also the same period that Apple’s latest iPhones hit the stores and thus, Google reignites the Android vs iOS war. Nonetheless, does Pixel 4’s full-screen design impress you?