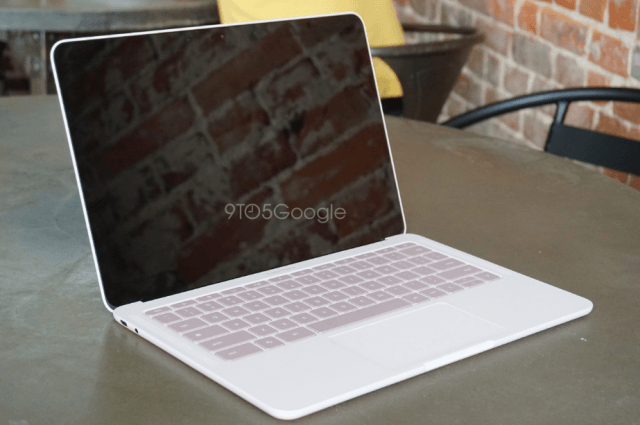 Google is scheduled to host a big press conference this month where it will reveal the highly anticipated Pixel 4 and Pixel 4 XL. However, the two smartphones are not the only devices that the Android parent is planning to launch during the event. The reason why we are saying that is because the official press render and specs sheet of Google’s Pixelbook Go laptop have just been leaked and we get to see the laptop in its full glory.

The first thing that we want to note about the new leak is that the folks at 9to5google were the ones to get their hands on the press render and the specs sheet. From the looks of it, Pixelbook Go is going to ship with a unique ribbed back design that is going to make it stand out from all the other laptops available on the market. The cool thing about this design is that it’s going to make it easier to hold the laptop while also giving it a unique aesthetic.

While the design of Pixelbook Go looks great, this is not the best thing about the upcoming laptop. We got lucky and the full hardware specs for Pixelbook Go have also been leaked. Therefore, the new laptop will ship with a 13.3-inches display that uses Full HD or 4K technology, depending on the acquired model.

Pixelbook Go is going to be able to take care of heavy duty tasks without any issue and this is thanks to the fact that it is powered by one of the following CPU variants: Intel Core M3, i5 and i7.

To make things even better, the CPUs can also be paired with 8GB or 16GB of RAM alongside 64GB/128GB/256GB of internal storage space. In addition, Pixelbook Go features 2 MP camera and a USB Type-C port.