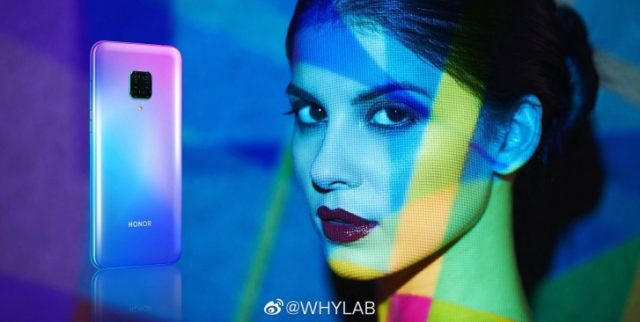 Huawei is getting ready to launch two new smartphones in the Honor lineup and while we might not know when the official release date is scheduled, we got lucky and the press render of Honor V30 has been leaked. The press render is revealing to us that Huawei is indeed planning to launch the new smartphone during the upcoming days and to make things even better, the official specs sheet of the flagship smartphone has been leaked. With that said, let’s go ahead and check out everything there is to know about Huawei’s upcoming smartphone.

Honor V30 and Honor V30 Pro are the two smartphones that the Chinese based tech giant is planning to launch in the upcoming future. The leaked press render that is featured above is showing us the marketing material that Huawei will use for Honor V30.

From the looks of it, Honor V30 is going to ship with a premium design and thanks to previous leaks, we know that the smartphone is equipped with a full-screen display that features a punch hole selfie camera. We want to mention that the bigger Honor V30 Pro will feature two punch holes in the OLED screen.

As previously noted, the full specs sheet of Honor V30 has also been leaked. This is why we know that Honor V30 will be powered by a Kirin 990 CPU that is paired with a 4,000 mAh battery which features 22.5 SuperCharge technology.