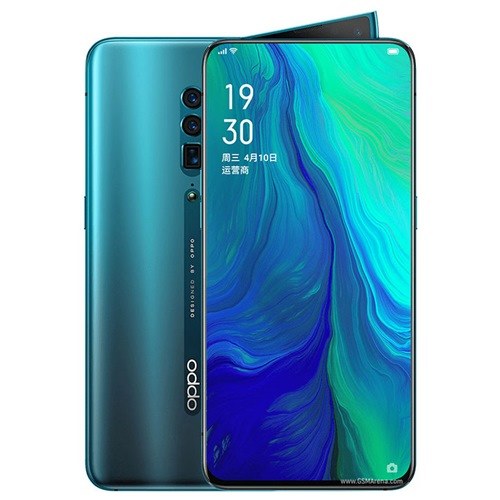 We reported earlier today that the highlight specs of Redmi’s upcoming flagship have been leaked. Well, it looks like Redmi is not the only Chinese based tech giant that is planning to take the smartphone industry by storm during the upcoming future because Oppo has announced that the much-anticipated Reno 3 and Reno 3 Pro 5G will launch next month.

Reno 3 Pro 5G is going to be one of the most powerful smartphones ever produced in China and it will ship with a curved edge display and glass body that looks and feels amazing, similar to Apple’s iPhones.

Even though Oppo is doing its best to keep all information about Reno 3 and Reno 3 Pro 5G away from the media, we got lucky and the battery size of the premium Reno 3 Pro 5G has been leaked. Reno 3 Pro 5G will be powered by a 4,025 mAh battery which we have to admit that is bigger than expected since the smartphone will sport a slim design that has a thickness of 7.7mm.

Oppo VP Brian Shen found out that the battery size of Reno 3 Pro 5G has been leaked and he decided to end all rumors by confirming that it’s actually 4,025 mAh.

“In answer to some comments – Reno 3 Pro 5G has a 4,025 mAh battery, matching users’ needs of power and speed even with its thickness of 7.7mm,” said the Oppo VP.

Thanks to previous leaks, we know that Reno 3 Pro 5G will ship with an AMOLED display that measures in at 6.6-inches and offers a pixel resolution of 1080 x 2340. Since Reno 3 Pro 5G will hold the title of being a flagship smartphone, then it should come as a surprise that Oppo has equipped it with Qualcomm’s Snapdragon 855 CPU that is paired with an Adreno 640 GPU and 8GB RAM.