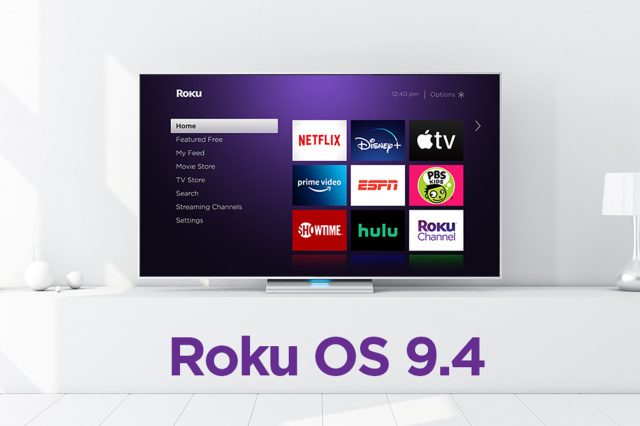 It’s been a long time since Roku received a new update but now, the wait is finally over. The developers who are in charge of Roku have announced that the much-anticipated 9.4 update is releasing for “select 4K Roku devices”. The devices that are eligible for the new update are Roku Ultra Player, Roku Streambar, Roku Smart Soundbar, Roku Streaming Stick, and Roku Premiere.

The first thing that we want to mention about the update is that it brings the performances provided by the platform to the next level. Therefore, all Roku fans are advised to get the update as soon as possible. What’s great about the new release is that it can be downloaded directly via OTA (over the air) channels. This means that the only requirement to access the update is to have access to a stable Wi-Fi network.

According to Roku’s developers, the new 9.4 update introduces a live TV channel guide that will cover free-to-stream content. That’s not all. The update is also making it possible for Roku users who have an antenna connected to access over-the-air broadcast channels. People who use multi-channel speaker setups will also receive new options that enable them to create a better sound ambiance.

The most important change that Roku fans are going to notice after downloading and installing the new update is that their iPhone, iPad, or Mac will support Apple’s AirPlay 2 as a standard option. This is great news for Apple fans because it means that they can view their favorite video content in a new way.

If this is not impressive enough, then you should know that Roku’s new 9.4 update also introduces HomeKit support. As a result, you can control the platform through vocal commands via Siri.