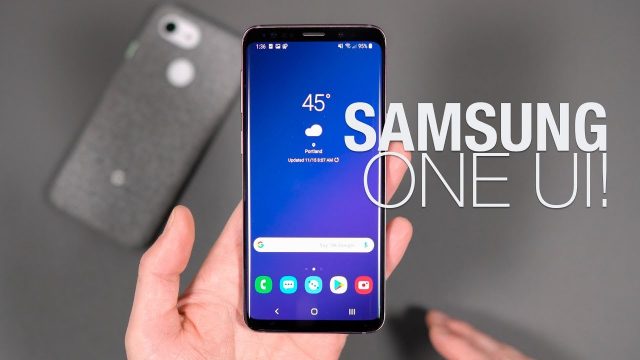 Even though Samsung’s smartphones are running on the Android operating system, the South Korean based tech giant is not outsourcing all its software from Google. Samsung doesn’t want to rely on Google for all the software and apps that its smartphones are using. The perfect example of this is the highly popular One UI Home. This app provides Samsung fans with a simple screen layout and neatly arranged icons that make it easy for users to access the apps and options that interest them.

Nonetheless, the reason why we are talking about One UI Home today is because the app has just received a new update. Samsung is constantly improving the performances of its apps through a steady stream of updates and the latest one for One UI Home sports the 11.0.20.3 version number.

Samsung fans should be pleased to find out that the new update for One UI Home is not a minor release and instead, it comes with a handful of major changes that are improving the overall performances of all of Samsung’s smartphones.

In fact, let’s go ahead and check out all the features that the new update introduces so that all Samsung fans can get a good idea of what’s coming their way.

The last thing that we want to mention about the new One UI Home update is that it can be downloaded in two ways. The first way is to download the update via OTA (over the air) channels. This is super simple and the only thing that Samsung fans need to do in order to make their smartphones eligible to receive the new update is to keep them connected to a stable Wi-Fi network.

The alternative way to access the new update is a little bit trickier. Samsung fans will need to manually download and install the update on their smartphones. This can be done by downloading the update in the form of APK (Android Package Kit) which can be found on numerous reliable APK providers.

After doing that, Samsung fans need to make sure that they have enabled the “Unknown Sources” option in their Settings panel. All that is left now is to simply install the update just like a normal app or mobile game.