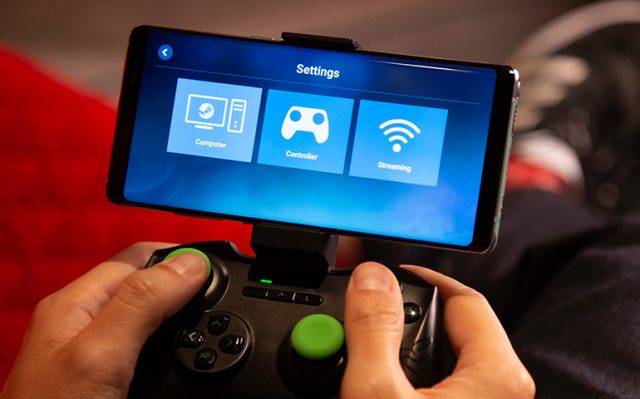 Steam Link is a free to download app that makes it possible for PC gamers to enjoy their favorite AAA tiles on smartphones. The app was initially scheduled to launch earlier this month but unfortunately, Apple’s App Store rejected the app due to “business conflicts”.

Luckily, Valve and Apple have worked their problems out and Steam Link is now available to download on iOS. With that said, today we are going to give everyone a rundown of how useful Steam Link can be and why iPhone fans might want to install it.

As previously mentioned, Steam Link enables PC players to bring their favorite games on their smartphone’s screen. Steam Link uses the processing power of a desktop or laptop PC in order to stream graphically-intensive games which have been purchased from Steam. This basically means that PC players will be able to play their games directly on smartphones and as you can clearly imagine, this brings mobile gaming to the next level.

The reason why Apple didn’t want to add Steam Link to the App Store is that the Cupertino based tech giant makes lots of money by selling games for iPhones and iPads which automatically makes Steam Link a competitor.

“We would love for Valve’s games and services to be run on iOS and AppleTV. Unfortunately, the review team found that Valve’s Steam iOS app, as currently submitted, violates a number of guidelines around user generated content, in-app purchase, content codes, etc,” said  Apple’s senior vice president for marketing, Phil Schiller, in a recent email sent to Apple fans.

Even though Valve had a tough time bringing Steam Link over to the App Store, all that matters is that the app is now available to download on iPhones and iPads.