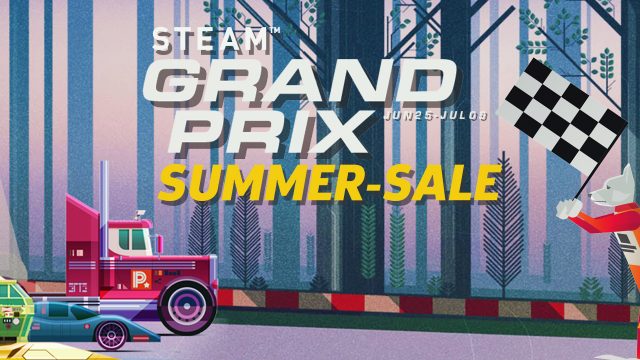 If there is one period of time that all gamers love, then it has to be when Steam kicks off its Summer Sale. With that said, PC gamers should be happy to find out that the much-anticipated Summer Sale is live with thousands of deals on amazing games that are perfect to play during the summer break. On the downsides of things, the sale is available only until July 9th and we are advising all PC gamers to hurry up and purchase their favorite games before the sale runs out.

Earn Free Games and Other Rewards

Valve has announced that its new Summer Sale is themed after the Grand Prix. Not just that, but that PC gamers will get the chance to earn lots of free games and various rewards by participating in the Grand Prix. This is a new game mini game where players will get to pick a team from the following characters Hare, Corgi, Cockatiel, Pig and Tortoise. PC gamers will then be able to follow the rankings of their team by clicking here.

Now that we have talked about the new mini game that Valve has started in order to make it possible for PC gamers to have fun and to earn free games, let’s go ahead and check out what are some of the best deals that gamers will get access to during the Summer Sale.