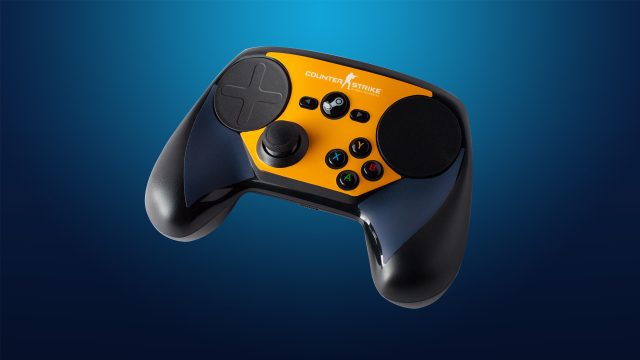 Many gaming companies have launched quirky controllers during this past couple of years and sadly, not all of them became successful. Just take for example the Nintendo 64 controller which shipped with an innovative button layout that was designed to make it more fun to play games but it turned out that players didn’t really like it and Nintendo has to discontinue it. Well, this is exactly what is happening right now with Valve’s Steam Controller which launched back in 2013.

Valve proudly announced the Steam Controller back in 2013 and it had high hopes for it. The gaming company hoped that the Steam Controller will be adopted by all PC players, especially since it shipped with two trackpads on the front and two paddles on the back which made it perfect for the shooter games that can be found on Steam. Another cool thing about the Steam Controller is the fact that it features lots of customization and gyroscopic options.

On the downside of things, Steam Controller never lived up to the hype and PC players decided to instead use the controllers from their Xbox or PlayStation consoles. This is why Valve was recently forced to slash the price of Steam Controller down to $5. However, this is the last batch that will ever ship.

With that being said, Valve fans who want to purchase a new controller for a cheap price should make sure to order a Steam Controller for $5 as soon as possible. Valve confirmed that the Steam Controller is no longer being manufactured and that it has added the option for Steam to natively support Xbox, PlayStation, Switch and many other third-party controllers.

In addition, Valve didn’t want to make any statements on why it is shutting down the production of Steam Controller but since the price has been cut down to $5 in total, we think that the production costs are much more expensive than the retail price.