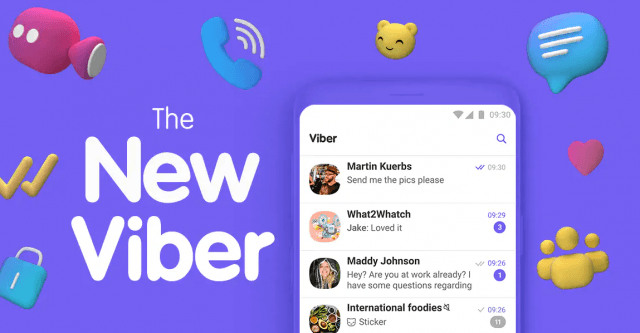 Viber was one of the first apps to make it possible for people to send texts and place audio/video calls over the internet without having to pay a single dime to their network carrier. This is why Viber is now used by millions of people from all over the world.

Another important reason behind Viber’s success is the fact that the developers who are in charge of the app are constantly looking for new ways to improve the performances and the overall user experience that the app offers.

The way that they are doing that is by releasing a steady stream of updates that are being rolled out via OTA (over the air) channels and a new one has just been released.

Do you enjoy using Viber to keep in touch with your friends and family members? If that is the case, then you should be pleased to find out that the app has just received a new update. The update is changing Viber’s version number to 11.8.0.9 and it focuses on giving users more control and information about their activity.

After installing the new update, Viber users will be able to control how much mobile data they are using when sending photos in chats. This is a super useful feature that is going to help Viber users save precious mobile data which sometimes is quite expensive.

Nonetheless, the new control feature can be accessed by following the next steps More – Settings – Media – Photo Quality.

Send Free Messages
Staying in touch has never been easier. Send a free text message, share a photo, a sticker or GIF, a video or any other file.

Open a Group Chat
Catch up with friends, family and coworkers by opening a group chat