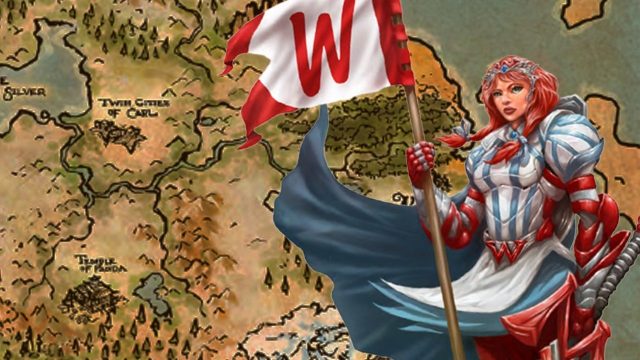 The videogame industry is worth billions and it seems like more and more companies are starting to notice that and try to use it to their advantage. Take for example KFC which recently launched a dating game that even featured an animated Col. Sanders!

Well, it looks like KFC is not the only fast-food chain that wants to grab the attention of gamers. The reason why we are saying that is because Wendy’s has announced a new Dungeons & Dragons like RPG (role-playing-game) that is going to help the fast-food chain appeal to millions of gamers.

“The nation of Freshtovia has been the lone beacon of hope in the land of Beef’s Keep for decades,” said Wendy’s about the concept of the new game which is called Feast of Legends. “However, the Ice Jester and his rogue’s gallery of frozen fields threaten Queen Wendy’s reign of prosperity. Prepare your heroes for adventures,” added Wendy’s to the game’s intro.

We have to give praise to Wendy’s for being innovative enough to create an RPG adventure that gamers can enjoy while also eating something delicious. Now, let’s go ahead and check out which are the rules for the RPG game.

“Feast of Legends is what is known as a tabletop role-playing game. Using the book, you can create a character and choose every aspect of who they are. The players will interact with the story that one person, your Game Master, leads you through. This is a game where you become the character you create and act out the adventure. Get your friends together,” states the Wendy’s rulebook for the game.

It’s great to see that big companies such as Wendy’s are looking for new ways to appeal to the gaming community. Although, this shouldn’t come as a surprise since Wendy’s is known for interacting with customers on social media platforms. Wendy’s Twitter account is a goldmine of memes and funny lines.