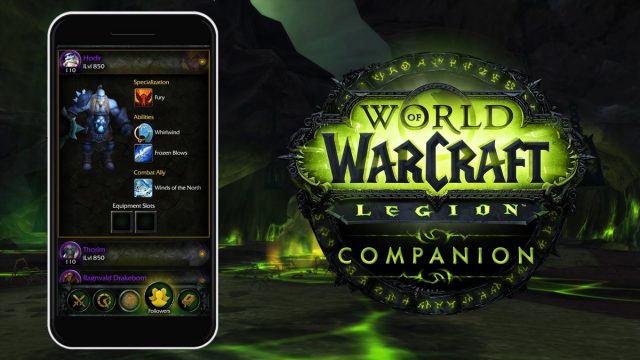 If you are a big World of Warcraft fan, then you need to check out the WoW Companion app. This is one of the most useful apps that World of Warcraft players can have installed on their smartphones and the reason behind this is that WoW Companion makes it possible for users to track world quests, manage their companion missions and much more. What’s great about WoW Companion is that it allows players to check what their main characters and alts are doing, even though thee players may be at work or school.

WoW Companion is making headlines on our website today because it has just received a new update. Considering the fact that Blizzard is the company directly in charge of the app, then no one should be surprised to find out that WoW Companion is updated on a regular basis.

Nonetheless, the latest update for WoW Companion sports the 2.2.32735 version number and today we are going to cover everything there is to know about it.

According to the patch notes listed by the developers of WoW Companion, the new update is aiming to improve the overall performances of the app. The way that the update is doing that is by introducing minor bug fixes and software improvements. This categorizes the latest update as a maintenance release.

TRACK WORLD QUESTS: View active World Quests, emissary bounties, and available rewards from directly within the app–then use this intel to plan your activities once you’re in-game.

MANAGE YOUR MISSIONS: Send your champions and troops out on missions for your faction, all while you’re on the go. Collect rewards from completed missions, manage your champions, upgrade their gear, and recruit troops for future missions.

FUEL THE WAR CAMPAIGN: Conduct research to unlock upgrades and track the status of your War Talent tree, maintaining the momentum of your in-game progress.

EXAMINE YOUR CHARACTER: Inspect your characters’ weapons, armor, and other character information. Keep tabs on their power and help plan which pieces of gear you want to go for next.