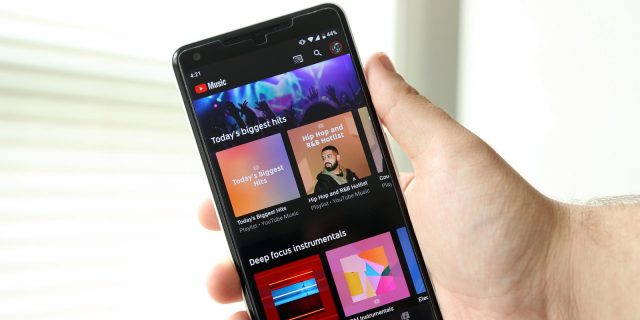 YouTube Music is expected to replace the native Android Google Play Music app in the upcoming future and this means that YouTube Music needs to be equipped with a plethora of features that can take care of all the music streaming needs that Android users might have. Therefore, it shouldn’t come as a surprise that YouTube Music for Android has just received a new update that enables users to play their local song collections.

The latest update for YouTube Music comes with only one feature and as previously noted, this feature is going to make it possible for users to play their local song collections. YouTube Music is now able to support songs that are stored on the smartphone’s internal storage space (Device Files) section.

On the downside of things, the new feature does have its fair share of limitations. For example, users will not be able to add local tracks to playlists or song queues that include tracks from YouTube Music. Not just that, but the playback controls have also been removed from tracks that are not available from YouTube Music.

Truth be told, the new feature for YouTube Music is not groundbreaking by any means and the feature limitations is going to make it annoying for some users. However, there is nothing that Android users can do about it other than to download and install an alternative music streaming app.

Nonetheless, the new feature that YouTube Music has just received is giving us a glimpse of what Google’s current vision for what music on Android smartphones should be like.

Since we are talking about, YouTube Music let’s go ahead and check out which are some of the app’s top features so that everyone can get a good idea of what YouTube Music has to offer.