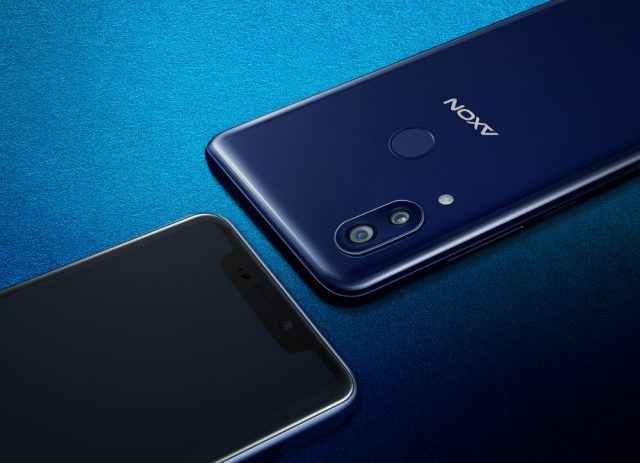 One of the best things that happened in the smartphone industry during the last couple of years is that Apple and Samsung are not the biggest brands in the game anymore. Obviously, they are still highly popular but other tech companies have started catching up as well. The perfect example of this is how ZTE which is a Chinese based tech company has started having success in the US and European market.

Chinese products used to have a difficult time selling in the US and Europe, but things have changed. ZTE is now a giant company that produces high-end smartphones and in typical Chinese fashion, ZTE also pairs them with affordable prices, something which neither Apple nor Samsung do.

Nonetheless, the reason why we are talking about ZTE today is because the company’s next-gen flagship smartphone has been spotted on GeekBench.

For those who are unfamiliar with GeekBench, this is a website that is used as a benchmarking platform by tech companies all over the world. Usually, when a smartphone is spotted on GeekBench, then this means that it will also launch in the upcoming months. With that said, let’s see how well ZTE Axon 10 Pro did on the benchmarking website.

ZTE Axon 10 Pro Has Been Benchmarked! 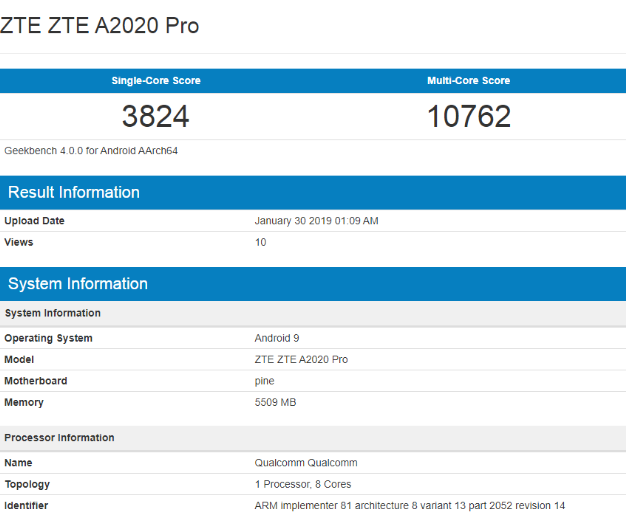 The smartphone scored an outstanding 10,762 points in the multi-core test and 3,824 points in the single-core test. We have to admit that this is super impressive. The reason why ZTE Axon 10 Pro was able to crush the GeekBench CPU benchmarking tests is that it is powered by Qualcomm’s latest octa-core Snapdragon 855 processor. The CPU clocks at a speed of 1.78GHz and it is paired with 6GB of RAM.

The last thing that we want to mention about ZTE Axon 10 Pro’s benchmark results is that the smartphone was spotted running on Android 9.0 Pie.