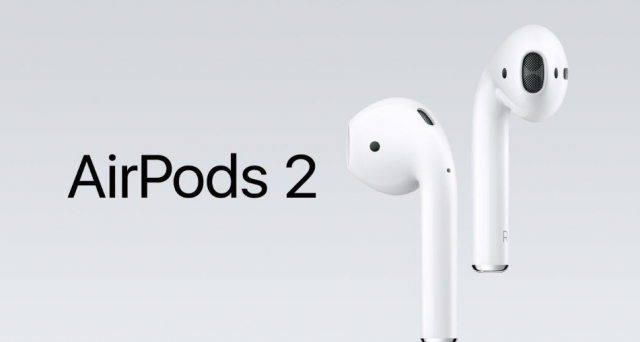 We reported yesterday that an Apple insider source revealed that the next-gen AirPods 2 will feature an enhanced bass audio experience and matte coating for better grip. However, today we have something even better! The folks at “iphonehellas” are saying that Apple has a big surprise for everyone on March 29th.

The surprise that we are talking about is the official launch of AirPods 2, AirPower and new iPad models. With that said, let’s check out everything there is to know about Apple’s upcoming devices.

We are going to kick things off with AirPods 2. These are Apple’s next-gen wireless earbuds and they will ship with lots of improvements when compared to the current AirPods model. The feature that will make AirPods 2 stand out the most is support for wireless charging. Talking about wireless charging, let’s take a look at AirPower.

The first time that Apple teased AirPower was back in 2017 when it launched the highly popular iPhone X. Apple led everyone to believe that AirPower is going to arrive at the same time with iPhone X, but this never happened.

Rumor had it that the Cupertino based tech giant is saving the wireless charger for 2018 but as we all know, this didn’t happen as well. Luckily, this new Apple leak is showing that we don’t have to wait that much until AirPower finally goes on sale.

Unfortunately, we don’t have that much information about the new iPad models that Apple is planning to reveal on March 29th. However, we do know that Apple wants to launch a revamped iPad (2019) and the highly anticipated iPad Mini. Let’s hope that we get lucky and more leaks start appearing on the web so that we don’t have to wait until March 29th.