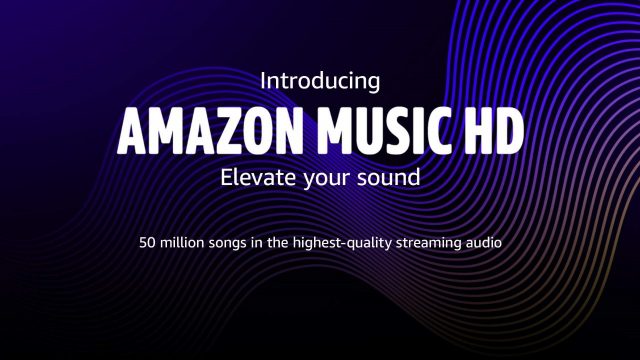 Amazon is one of the world’s biggest tech/software companies and this is why no one should be surprised that Amazon has decided to launch a new layer for its music streaming service for the sole purpose of competing against the likes of Spotify and Apple Music. The new service is called Amazon Music HD and it was revealed today during an official press release from Amazon.

Even though Amazon Music HD is new to the music streaming industry having been launched today, it already boasts millions with songs that are available for subscribers in the “highest quality streaming audio available,” according to Amazon. The question that remains is how much will the streaming service cost?

Amazon announced that subscriptions are starting at $12.99 per month for new subscribers while current subscribers to Amazon Music will only have to pay $5 per month alongside their regular plan fee.

We also want to mention that for a limited time only, Amazon Music subscribers who live in the US, UK, Germany and Japan can upgrade to Amazon Music HD for a 90 trial without having to pay a single fee. Not just that, but new subscribers can benefit from a 90-day free trial.

From the looks of it, the only thing that makes Amazon Music HD stand out from all the other streaming services is the fact that it focuses on high-quality music. The subscription fee is a bit too expensive when compared to the likes of Spotify or Apple Music and therefore, the audio quality of the songs needs to be at another level in order to make it worth for people to pay $12.99 per month.

Nonetheless, let us know in the comments if you are planning to check out the free 90-day trial and see just how good the 50+ million songs that Amazon Music HD offers sound like.