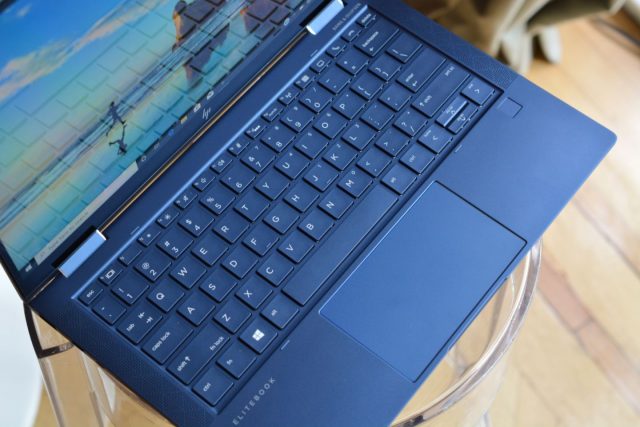 If you are looking to purchase a new 2-in-1 laptop, then we have some great news to share with you. HP has just revealed its brand-new HP Elitebook Dragonfly which despite being equipped with powerful hardware specs, weighs in at only 2.2 pounds. This is super impressive and it makes the 2-in-1 device perfect for people who need to carry it around at all times. Nonetheless, let’s go ahead and check out everything there is to know about HP’s new laptop.

The first thing that we want to note about HP’s new laptop is the reason behind its nickname. HP stated that they picked “dragonfly” because it refers to the laptop’s ultra-light weight and beautiful color scheme.

Furthermore, the laptop has a 13-inch display and it includes one USB-A port and an HDMI port which are both mounted on the slim frame. Not just that, but the slim frame also features two Thunderbolt 3 ports, headphone jack and a security slot.

The laptop is equipped with an IR camera for improved security and as if that wasn’t enough, HP has also made sure to equip the laptop with a fingerprint scanner for Windows Hello.

The 2-in-1 laptop from HP looks great and while the super-slim design might be amazing, what stands out the most about it is its price. HP Elitebook Dragonfly has been priced at $1,599 and it will be available for sale on October 25.