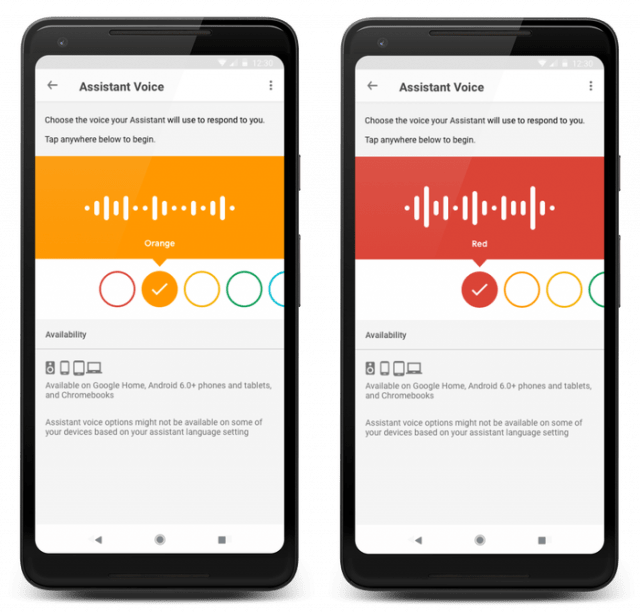 One of the best things about being an Android fan is the fact that Google is constantly pushing out updates for its apps that introduce improvements and new features. The latest one to be updated is none other than the famous Google Assistant. Even though the AI (artificial intelligence) Assistant already has 11 different voices in the US, Android fans who live in other parts of the world can only access one. Fortunately, this is about to change.

Google Assistant on Android, Home and Smart Displays is now receiving a second voice. To make things even better, the voice is available in nine different languages. This is a major improvement in comparison with the single voice assistant known as “Holly” which Google received a male counterpart in 2017.

The Android parent has also added six new voices at its 2018 I/O event and finished the year by introducing two more voices. Not jut that, but Google also switched to a color-based naming scheme where Voice 1 can be set as Red and Voice 2 as Orange. The reason why Google is doing this is that it doesn’t want to apply any labels to voices.

New Voice Available to the Rest of the World

The last thing that we want to mention is that all the improvements that Google Assistant is receiving thanks to the new update have all been built via DeepMind’s WaveNet speech synthesis model. This technology uses deep neural networks in order to create raw audio waveforms which sound realistic and natural.