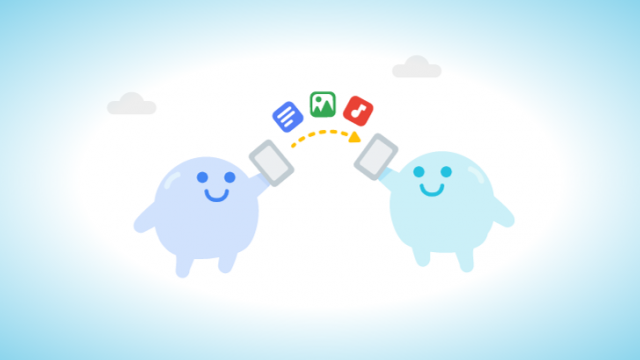 Android Beam was introduced back in 2011 when Google released the Android 4.0 Ice Cream Sandwich operating system. This feature was NFC-based and it was designed to make it easier for Android users to share any type of data with their friends who are in close proximity without needing to access the internet. Now that eight years have passed since then, Google is finally ready to replace Android Beam with something better.

Google has announced that a new feature called Fast Share is going to be introduced in an upcoming update and that it will replace Android Beam. This feature works similar to Apple’s AirDrop which is available on iOS and on macOS. Therefore, Android fans will be able to share files with anyone they want that is close by.

The Android parent has confirmed that with help from Fast Share, Android fans will be able to share images and any other type of files they want including URLs and snippets of texts to “nearby devices without internet”. To make things even better, the new feature is going to be available to access right from the system share sheet.

The great thing about Fast Share is the fact that it’s rather simple to use. The folks at 9to5Google have managed to get the feature to work on one of their Android-powered smartphones and they have highlighted in the picture featured below just how simple it is to transfer files or any other type of data with Fast Share.

We have to give praise to Google because Fast Share sounds like a great feature to have. The last thing that we want to mention about Fast Share is that Google made the following statement about it: “You can give people preferred visibility to make sharing faster. People with preferred visibility always see your device when you’re nearby, even if you’re not using Fast Share”.