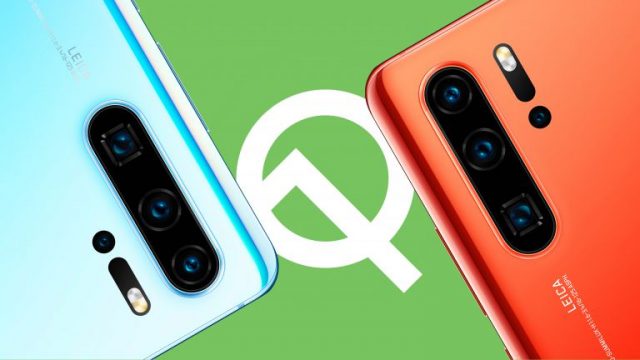 This past couple of weeks have not been that good for Huawei. The Chinese based tech giant is no longer receiving software support from Google in the US and this means that all of its upcoming smartphones will need to run on a different operating system that doesn’t have access to the Google Play Store. This is why lots of Huawei fans have expressed their concern about accessing future Android updates. Huawei realized that its fans are worried and decided to announce that P30 and Mate 20 which are two of the company’s most popular smartphones are next in line to receive Android Q.

Android Q is Google’s upcoming operating system update and it will introduce a plethora of features that are going to take the Android user experience to the next level. Not just that, but Android Q is also going to enhance the performances of all Android-powered smartphones and this is why Huawei fans were concerned about not receiving access to the upcoming update. Fortunately, the Chinese based tech giant has confirmed that P30 and Mate 20 are scheduled to receive the new update as soon as it is released.

“At Huawei, we always put our consumers first, regardless of the challenges we face. All Huawei smartphones and tablets will continue to receive security patches and Android updates. Anyone who has already bought, or is about to buy a Huawei smartphone, can continue to access the world of apps as they have always done,” said Huawei.

All devices continue to be covered by our manufacturer’s warranty and will receive full-service support accordingly. Our most popular current devices, including the P30 series, will be able to access Android Q. In fact, we have already launched a beta developer program for Android Q which is running right now on our Mate 20 Pro device” added Huawei.