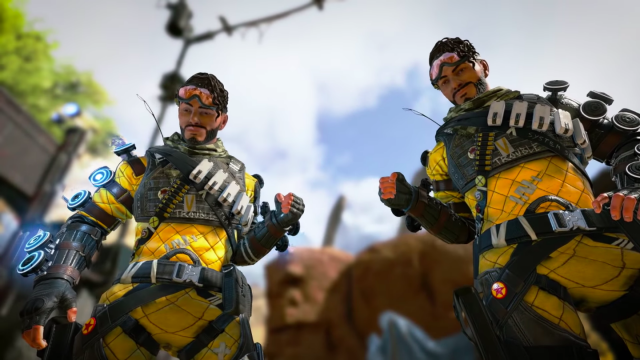 Even though Apex Legends has been around for only a couple of months, the game is already one of the world’s most popular battle royales and it might even have what it takes to dethrone Fortnite. Since the game is played by millions of people every single day, the developers who are in charge of Apex Legends are constantly looking to make new changes in order to keep the gameplay fresh and exciting.

While Respawn Entertainment has yet to reveal any official details about the upcoming Apex Legends update, one of the game’s developers decided to let everyone know via a Reddit post that Mirage is going to see some major changes in the upcoming future. With that said, let’s check out every change that the new update is going to make.

Mirage is Getting Major Changes

One of the biggest issues that Apex Legends players have been having with the game is that Mirage is quite “useless” in comparison with the other champions. This is why the Respawn developer decided to let everyone know that his team is reading the feedback and made the following statement:

“When I said ‘no planned changes’ I was (unclearly) referring to major reworks such as a new ultimate or whatever. That type of change competes directly with our ability to create new characters, and we think that’s a better focus for the time being, given that he’s in the ‘solid’ cateogry. That being said, in the tuning value level changes – things like ‘invisibility’ opaqueness, invisibility length, ability cooldowns, decoy health, etc. He could definitely use a little nudge upwards”.

From the looks of it, the Respawn developer confirmed that Mirage’s skillset is going be enhanced in the upcoming patch. The character’s invisibility skill is going to work much better and the duration might also be increased according to the developer.