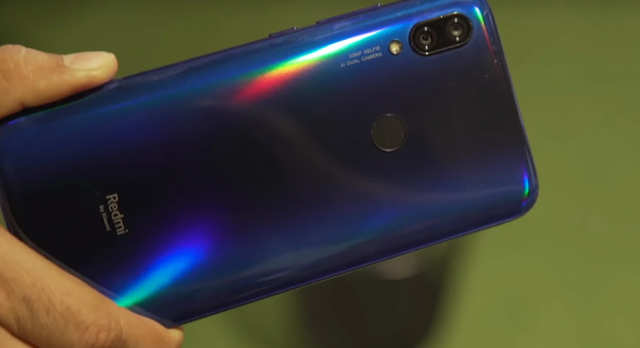 Xiaomi has been teasing the next-generation Redmi smartphone which is called Redmi Y3 for quite a while now. The smartphone is scheduled to launch tomorrow (April 24th) and luckily, we don’t have to wait one hour more in order to see the key hardware specs that the smartphone will have to offer and how well they perform.

The reason why we are saying this is because Redmi Y3 has just been spotted on GeekBench which is a smartphone benchmarking website that all tech companies use before launching their upcoming devices.

Redmi Y3 Gets Spotted on GeekBench

The date for Redmi Y3 is locked in for April 24th and therefore, it should come as no surprise that Xiaomi is testing out the performances of the upcoming smartphone on GeekBench. The Chinese smartphone manufacturer is making sure that Redmi Y3 is running at peak performance levels and testing it on GeekBench is one of the ways to do that. 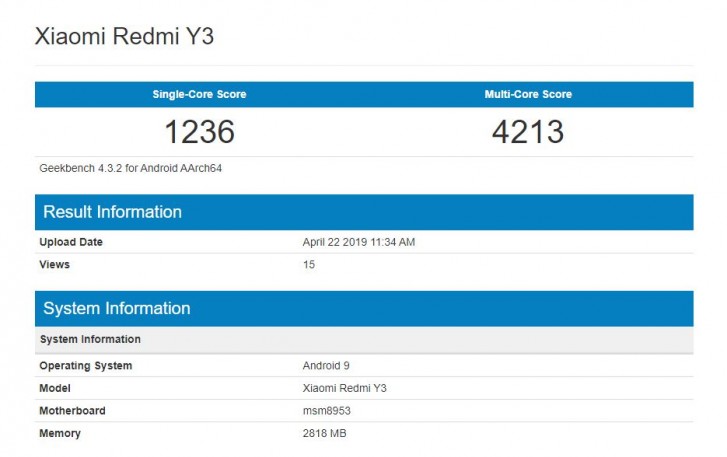 Nonetheless, Redmi Y3 scored a whopping 4,213 points in the multi-core test and a respectable 1,236 points in the single-core test. Truth be told, these results are not too impressive and Redmi Y3 is not doesn’t stand a chance against the likes of iPhone XS Max and Galaxy S10.

In addition, the smartphone is going to be fueled by a 4,000 mAh battery. From the looks of it, the average hardware specs lead us to believe that Redmi Y3 will ship with an affordable price tag.