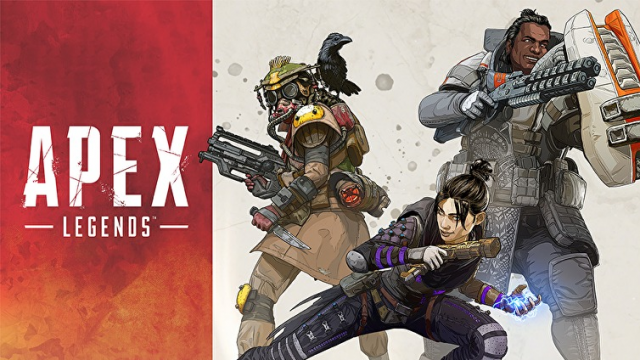 Apex Legends broke records last week when it hit the ten million players milestone after only three days of being released. This is a new free to play Battle Royale and everyone is going crazy about it with Apex Legends being the number one most streamed game on Twitch. Considering that the game is still one week old, there are lots of new players who jump into the battle arena not knowing what their goals should be and they end up losing and getting frustrated. Here is where we come in because we have prepared a list with the top seven Apex Legends tips and tricks that all new players should learn.

Even though our first tip might sound like something obvious, most players tend to aim for the center of mass because this makes it easier for them to hit their target. While aiming for the center of mass might not be an issue in other Battle Royale games, it becomes a big problem in Apex Legends. The headshot multiplier for Apex Legends is massive and getting a headshot in the early game when no one has helmets is more than enough to take an enemy out.

One of the reasons why Apex Legends is getting so popular in such a short period of time is because it’s basically a breath of fresh air when compared to PUBG and Fortnite. Take for example how every Apex Legends hero has their own special abilities that make them unique and even overpowered in some cases. Therefore, our second tip for new Apex Legends players is to not save their abilities. Use them whenever they are available because they will give you the edge over your enemies who might be too afraid to use them.

All gunfights that you will get into will result in your armor getting broken. Well, not all of them. You might stumble upon unsuspecting enemies and take them by surprise or their aim might be really bad. Nonetheless, we advise all Apex Legends players to pick up the armor of the enemy right after the combat is over instead of using Shield Cells to fix their own armor instead.

Communication is key to victory in Apex Legends. We get it, not everyone likes to use their headset in order to talk with their teammates. Luckily, the developers of Apex Legends have thought about this issue and they equipped with the game with a complex Ping system. This system can be used by all players to give directions to their teammates such as spotting an enemy or spotting a high level armor or weapon on the ground.

This is a trick that most Apex Legends players know about, so use it carefully! The best way to sprint in the game is to holster your weapon first. Players who holster their weapons will be able to sprint at faster speeds. Although, this trick is also quite risky since you can get ambushed and it will take a while before you pull out the right weapon and aim.

Some of you might not like this tip, but the only and the best way to get better at Apex Legends and be ahead of the curve is to get in lots of gunfights. This is the fastest way to learn how to fight in the game and also figure out the shooting and recoil pattern of all guns.