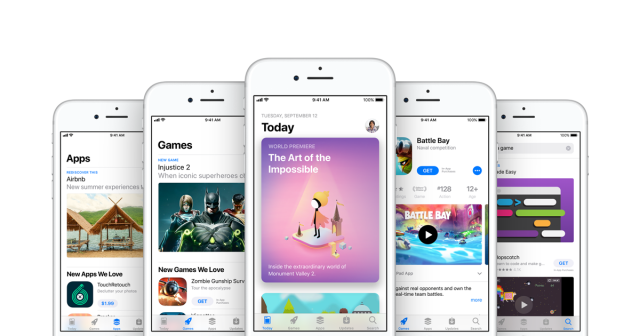 Even though it might not seem like it, free to play games are generating lots of money. Take Fortnite for example which despite being free, it still is this year’s most profitable game. The way that Fortnite is generating its main source of revenue is through in-game purchases such as cosmetic skins and experience boosts. With that said, it looks like Apple has decided to give iOS users the ability to gift in-game purchases to their friends and family members.

The App Store already allowed users to gift paid games and games, but now, Apple is taking things to the next level. The guidelines for the App Store have changed from “Apps should not directly or indirectly enable gifting of in-app purchase content, features, or consumable items to others” into “Apps may enable gifting of items that are eligible for in-app purchases to others. Such gifts may only be refunded to the original purchaser and may not be exchanged”.

From the looks of it, free to play games such as Fortnite, PUBG and League of Legends are changing the gaming industry. They are showing everybody that you can make a freemium game and still generate millions of dollars in revenue through microtransactions.

On the other hand, players are not that happy with these in-game purchases since they feel like the companies are not treating them as players, and as payers instead. However, we have to mention that if all games started offering a free to play format, then the large majority of players wouldn’t complain about it.

The last thing that we need to go over is the fact that we don’t know when in-app gifting is going to be made available to iOS users. Nonetheless, this is surely going to happen during the upcoming weeks because the feature has to be ready since Apple just announced it.