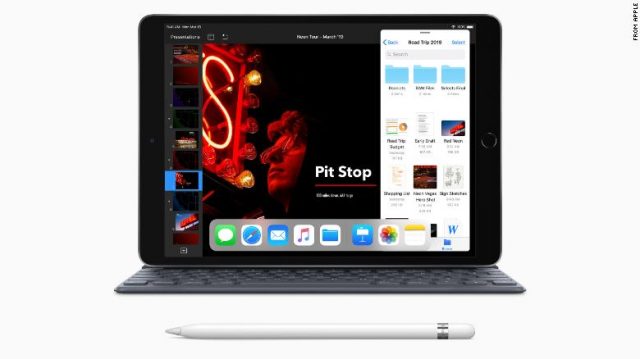 Something quite unusual happened today. Apple decided to announce new versions of the iPad Air and iPad Mini. The reason why this is unusual is that these new models are the first refresh to the iPad Air and iPad Mini lineups in years and Apple didn’t make a fuss about it. Instead of hosting a massive event like Apple usually does, the tech giant decided to quietly announce the two devices.

In addition, both devices feature support for the Apple Pencil and they are fueled by a processor that is three times faster than the previous iPad Air and iPad Mini models. Apple has made it clear that it wants to switch its focus from being a hardware company to software. The tech giant announced that it plans to host a big event on March 25th where it will reveal its highly anticipated Apple TV streaming service.

“Apple wants to get the iPad out of the way so it can hold its first event truly focused on streaming. If Apple announced new Pads, it would turn into a hardware event, and that’s not what it wants,” said Lauren Guenveur who is a senior research analyst at IDC.

The arrival of the new iPad Air and iPad Mini is good news. Apple fans have been asking for the iPad Air and iPad Mini lineups to be updated for years now and it finally happened. Not just that, but the fact that Apple has rushed to announce the two new devices proves to us that Apple is indeed trying to make its upcoming event all about software.